Attack on Titan publisher, Kodansha, will attempt to break the record for the largest comic book publication by re-releasing a new extra-large titan-sized edition of Attack on Titan manga.

This Attack on Titan large print will feature the first two chapters. Kodansha has released some images demonstrating the scale of the book, which is reportedly 6-7 times larger than a regular tankо̄bon (the Japanese term for a collection of several manga chapters in one book). Nevertheless, Kodansha the publisher will have to hit a particular benchmark in order to be recognized as the record holder. 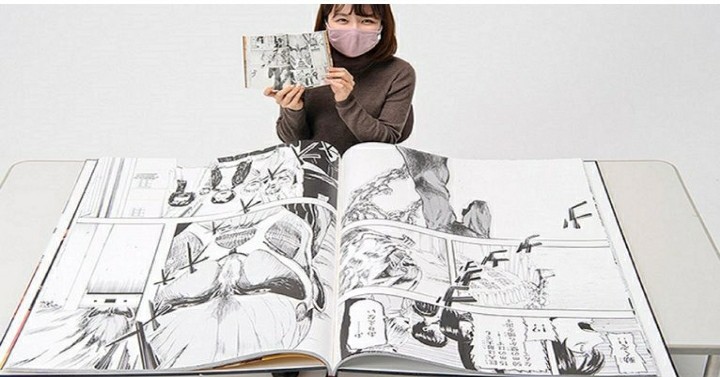 The 96-page volume which covers the first two chapters affords fans the luxury of witnessing some epic moments in massive prints. It will be available for order on Kodansha‘s online shop from March 6 with a limited 100-print run. When all 100 copies have been sold, the Guinness World Record will officially recognize Attack on Titan as the record holder.

Anime News Network announced that the cost of the Japanese manga will be 165,000 yen which equals about $1,540. But the official Kodansha website lists the price as 150,000 yen, or about $1385. So if anyone has over $1,000 to spend on a probable world-record holder, then this is the time to pre-order it. 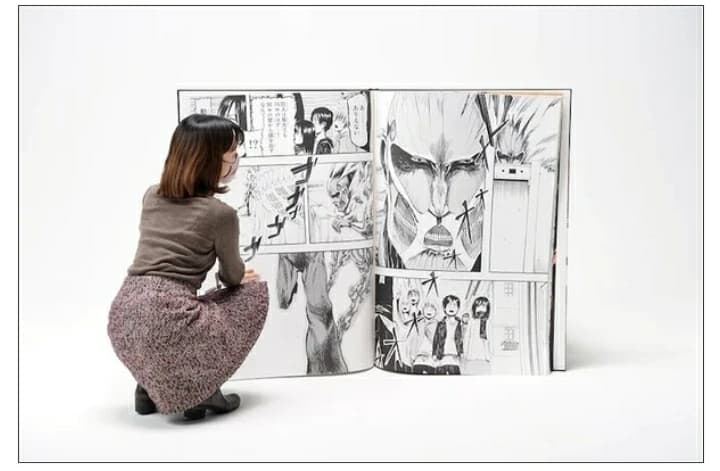 The book will be delivered to buyers in May. This is a pretty timely moment in the history of Attack on Titan manga which has been running for 12 years now and will be ending this April while the anime is currently in its fourth and final season.

Although it will be determined by how many copies are sold, if Kodansha breaks this record, it will be replacing Panini Brasil’s Turma da Mônica by Mauricio de Sousa Produções, which is larger than seven feet. The book measures 6,976.02 cm² (7 ft² and 73.28 in²). The record was officially acknowledged in August 2018.

Attack on Titan also has several character sculptures. Achieving this Guinness world record will be a way for the manga and anime to bow out in style and engrave themselves in pop culture for years to come.

Advertise with us
640
likes / shares
FacebookTwitter