Netflix’s Castlevania will be returning soon for a fourth and final season. The Castlevania animated series, based on the popular video games, will premiere its final season on May 13, 2021. A key visual has been released to heighten anticipation for the upcoming season.

The upcoming final season will run for 10 episodes, and it will offer a conclusion to the stories of Alucard, Sypha, and Trevor Belmont as well as the vampire sisters.

Even as this series comes to an end, there are reports that this same Castlevania universe will live on as more stories will be built on this foundation.

This is where it all started. The final season of Castlevania arrives May 13. pic.twitter.com/sLqWjJxjoA

Castlevania seasons 1 and 2 focused on the 1989 game, Castlevania III: Dracula’s Curse, while 2005 Castlevania: Curse of Darkness came into play in seasons 2 and 3 of the show.

The third season premiered on March 5, 2020, with 10 episodes, making it Castlevania‘s longest season at the time.

Netflix released the first season of Castlevania in June 2017 and it was well-received, quickly developing a cult following as it was a brilliant adaptation of its source materials. The animated adaptation about vampires became Netflix’s first original anime series and the second adult animated comedy after F Is For Family.

This fourth season will complete the current arc and bring the protagonists back together (the third season ended with the protagonists going separate ways). We can expect to see a lot of clashes in this final season such as when Carmilla and her sisters go to war.

The series was created by author and prolific comic book writer, Warren Ellis, who served as the writer and executive producer. 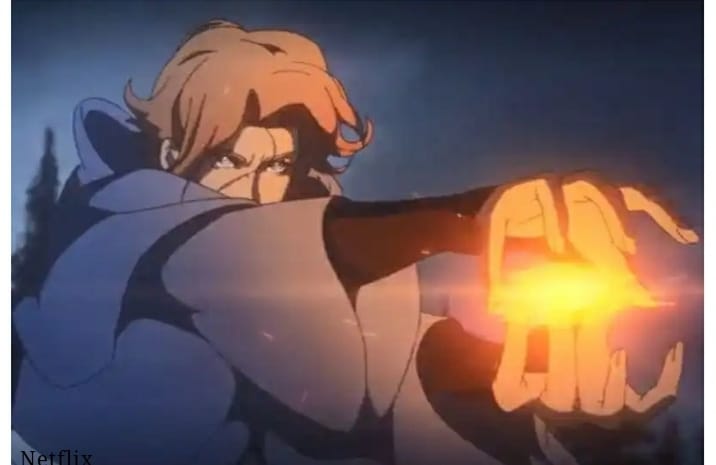 Netflix first released a poster for the new season highlighting the Alucard Shield. Next came a short teaser, with Netflix using the video to reveal the release date.

With Castlevania coming to an end, how hyped are you for the final season and how likely is it for you to watch a new Castlevania-related series if/when it debuts?