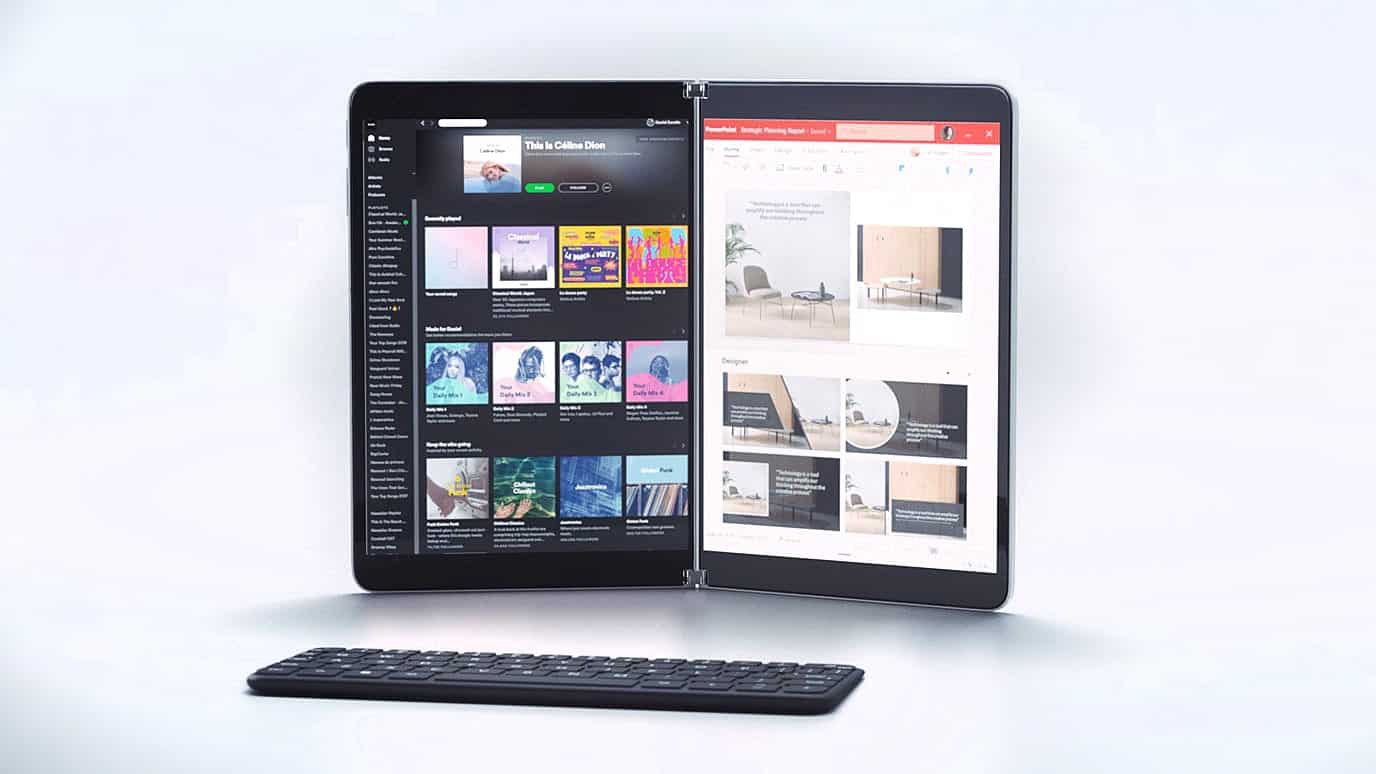 Microsoft unveiled a lot of devices this year at the Hardware Event that took place in the big apple. The highlight device of the entire event is the brand new Surface Neo and its sibling Surface Duo. Both of them are unique in their way. The surface Duo is the first phone coming from Microsoft, not featuring the traditional Microsoft Windows operating system. Instead of that, Duo will possess the power of Google Android OS.

But what stood out about Surface Neo the most, aside from being 9.0 inches long, is the Surface Neo will use the blue pill of Windows 10 But with a different variation of windows going by the name Windows 10x.

It is the compressed version of desktop windows made only for the dual folding phones from Microsoft. Some thought Windows 10x to be the rightful successor to the Windows 10, hate to break your windows, but it is not. It an iteration of the same old Windows from the computer but packed and compressed to be useable in the upcoming hand held devices from Microsoft.

Compressed, doesn’t mean a bad variant. The folding devices really give the user the desktop-level performance and the smoothness on the touch of a screen. It is no longer what it used to be on the previous Microsoft Windows phones. that hid under the umbrella Windows operating system but bringing not of thing that made windows, the windows to the table.

Surface Neo looking to bring the intuitive user interface and the reliability of Windows from the desktop to the folding devices right on our hand.

In the previous paragraph, I wrote, ‘intuitive user interface and the reliability of Windows’. The windows 10x will feature exactly that on Surface Neo. Long gone are the traditional windows interface on the phone. Where the whole start-up screen would be filled with moving tiles and unnecessary apps, animation. Now, for the first time, a start launcher will be given on the display.

Which simplifies tons of things on the first impression. There is also a taskbar at the bottom, for easier navigation of apps and to let the user know about the details of the device. By keeping it fresh and simple on the start-up screen, they are indeed taking the right step towards the future.

It also includes a brand new feature called ‘Spanning’. What it does is, if you launch an app, you can move that app from one side of the display to the other half. Which is usual, but with ‘spanning’ you can now just put the app in the middle of the display. Whereupon the device will project 50% of the app on one side and the rest on the other.

Besides being one of the catchiest names of a function, I’ve ever heard. What it does is really impressive, If the user wants to use the keypad, they no longer have to sacrifice half of the display to an on-screen keyboard that takes over the app. With Wunderbar, the user can now use the second half of the screen as a keypad, so, it would not interfere with the display of the app.

People no longer have to open the keypad on the same screen as the app. With Wunderbar, the app can be on one side of the display and now the keypad is on the other. The user can look at the full screen while typing.

Windows 10x will be coming with all the apps that you expect from normal windows, Such as Microsoft Office, Web apps, and PWA. Another thing about Windows 10x that it will be using UWP(Universal Windows Apps), it deals with windows 32-bit container. UWP is a native to windows 10, by being a native container for the windows, it will run the apps more smoothly without chugging the resources of the devices.

Microsoft is planning to release the Windows 10x at christmas next year. There is not so much information has been known about the PC counterpart.

Advertise with us
13
likes / shares
FacebookTwitter