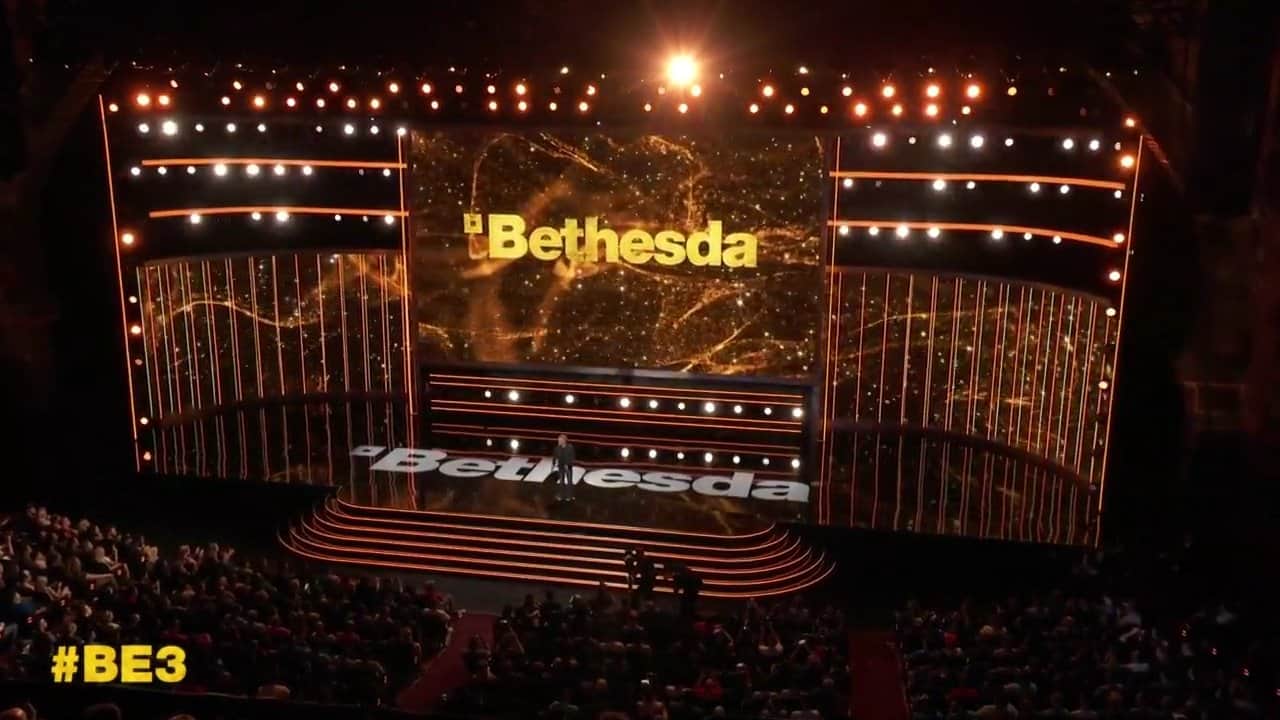 It felt so great to see people clapping to the logo of Fallout 64, and got 10X better when the audience stood up and started clapping for Todd Howard.

For all the people who have installed TES: Blades. Prepare your mind to blown, you are gonna be getting a Brand new arena, Custom made jewelry, a dragon questline. For those people who avoid mobile gaming, good news for you too. TES: Blades will be coming to Nintendo Switch.

People also clapped for this mobile game. Which makes me believe to go down my own rabbit hole.

A gaming evolution that we always thought but never realized that it would happen this kind of way. At this pace, we might get to open some boxes again in a console game instead of breaking it with a weapon.

The PR department did a terrific job of handling this mess. The only good thing that came out of the presenter’s mouth is how many people played the game. Which works as the same as how many tickets they sold for the Titanic when it set sail.

It wasn’t that bad. They are following the No-man-sky manner of handling of games. Rush & Break at first and then make it perfect after a year. Fallout 64 would feel like a fallout game now. They are adding a new content pack call “Wastelanders” which will offer Human NPCs, Dialogue Trees, Consequences, New weapon & Gear and a battle royal mode because of the success of Black ops4.

IT WILL BE FREE! It won’t cost you any atoms at all.

Then out of all of a sudden, Shinji Mikami pops like a Ganado’s head in resident evil 4 and hits me with a brand new IP. Although it wasn’t the gameplay footage or made in the game engine. All of it was made in CGI. but the concept behind this game is really good.

This game it kinda gave me the vibe of Tokyo Ghoul, Death Stranding, The Darkest Hour and a little bit of Silent Hill.

Dragons are coming to the TESO. Now get hyped watching this amazing pre-rendered CGI trailer.

It looks great. This game is not gonna be like those Ben 10 games that you’ve probably played on your older PlayStation consoles. This game will be a mobile game. I’m hoping this game doesn’t share the motto “Free to play”. So prepare yourself to touch the screen and don’t forget your credit card details.

Mobile Mobile Mobile! So much stuff coming to the mobile. That’s why the graphics cards have fans, so they can clean off the dust from sitting on the desk waiting for a proper AAA game.

I consider this to be one of the best open world FPS shooters I’ve played. In a perfect world, this should’ve gotten all the marketing promotion of Fallout 64. New Content, guns, Enemies, Mercs, Mechs are coming to this epic game. If you haven’t played it, then do it now. This game is the answer to the question – What if doom went open world?

July 26, That’s all you need to know about this game. This game is about Killing nazis if you didn’t know that they made it clear in the press conference.

Another brand new IP but without any gameplay footage. In the end, the characters say “Time is on my side”. Which could be a Prince of Persia FPS game.

It’s DOOM M***F**** ETERNAL. The previous DOOM got me through pretty anxiety moments.

Which one you will be putting in your gaming system? Let us know in the comments below.