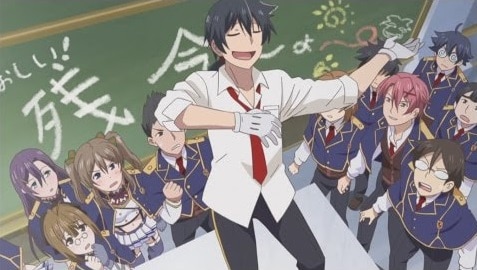 This anime felt like a unique fusion between the seriousness and interesting lore of Full Metal Alchemist and the silliness and cute moments of Black Butler. The show doesn’t take itself too seriously except for a few key story moments, however it never really hits home with those “feels” in any scene for me. Overall, it is a good time but it’s not going to be anime of the year! This anime is very compatible to Black Butler in terms of the quality and story, I don’t think Akashic Records holds any water to FMA Brotherhood! (Though they do have similarities for sure!) 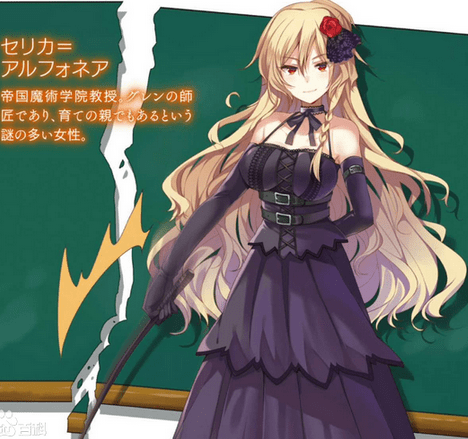 It has a lot of potential, though it does have some qualities that keep it from being a great anime, it is definitely worth the watch if you choose to watch it! I don’t think you will regret it, however if you also choose not to watch this show, you might not really be missing out on anything too amazing. The following is my spoiler-free review of this anime.

*Spoiler free means that plot twists and key story points will be omitted, but information such as basic character info and details you could learn in the first few episodes are fair game.

The story has a lot of potential but I don’t think it quite fully executes upon it in the first season. This is an anime that has a really mixed presentation. (Mind you I actually found it enjoyable still.) On one hand we have a silly show where the teacher’s antics and being a, you guessed it, bastard, are played upon in some funny ways. On the other hand we have some seriously dark tones that show up in some of the story elements. There’s also some really interesting magic powers and lore that are briefly explored in the show but never really gave a fully satisfactory explanation of the magic in the show. (Unlike what FMA Brotherhood was able to accomplish in the first few episodes.) Now, you might be saying, “That sort of sounds like Full Metal Alchemist: Brotherhood!” The main difference between Akashic Records and FMA Brotherhood is that in FMA Brotherhood, when the story gets serious, the emotions and stakes get really, really deep. In Akashic Records, when the story gets deep, it is almost immediately interrupted with some silly moment or it just doesn’t ever hit that depth that would illicit any crying or tears.

The story hints at so many different things which are never fully explained, which of course, is effective at wetting our appetite and getting us interested but throughout the entirety of Season 1 I was waiting for some big explanation or at least a little dive deeper into this lore. There were a lot of hints here and there at some of the interesting things of the world, but I never felt like we truly hit meaningfully upon everything except with Re=L’s arc. That was the only arc where it felt like we truly covered everything we needed to know to be satisfied with Re=L’s back story.

When it comes to conflict, you better believe that the anime does a good job extending it and giving us some good moments. Definitely, there were some great moments and plot twists that I didn’t see coming. But, on the other hand, conflict resolve happens rather quickly. Some conflicts in the show last for more than 1 episode. However, when all the tension has lifted and our hero (surprise, the teacher) comes to save the day, it is unfortunate that usually the conflict is resolved rather quickly and predictably. What might have taken 2 episodes to build up to, ends up taking less than a few minutes of screen time to resolve. This is one of the biggest down falls of the anime and I really felt it hard in the final episode of the first season where a few rabbits were pulled out of the story hat at the last moment and the final fight was less than epic.

Of course, the teacher himself has a pretty interesting backstory that gets slowly revealed throughout the show and the two main girls, Sistine and Rumia also get some light story reveals, but the first season heavily revolves around the teacher and his friends Re=L. Overall, I can’t complain since it was a lot better than I was expecting. I came into this series with some very low expectations, only expecting to watch the first episode and be done with it, but I was surely wrong about this one and I’m really glad I watched it!

I have mixed feelings about the characterization of the show. On one hand we have the teacher, who is a very dynamic character who goes through a lot of changes throughout the show. (Though his “bastard” personality remains mostly the same.) The teacher transforms before our eyes in every episode of the show and overcomes everyone’s low expectations of him (just like this show.) The characterization of the teacher is fantastic and well executed!

On the other hand however, we have characters like Rumia who have some interesting back story, but throughout the series she acts more as the comedic relief character who predictably, doesn’t take anything seriously. Whenever Sistine is furious about something the teacher said or did, you can always count on the fact that Rumia will be standing in the background laughing her head off and not caring about anything.

Some of the characters in this show are very flat while others, mainly the teacher, are dynamic and interesting. If Rumia or Sistine had been a little more dynamic and interesting then I would have been more pleased with it but these characters still act as stressors for our main character and add some interest to the story regardless of their own personality traits. It’s a shame that we don’t learn too much about Rumia throughout the rest of the season other than the first story arc. Glenn, really takes home the cake for a well characterized and interesting main character, with the exception of Rumia and Sistine, the rest of the class merely serves as cardboard cutouts and fan service. 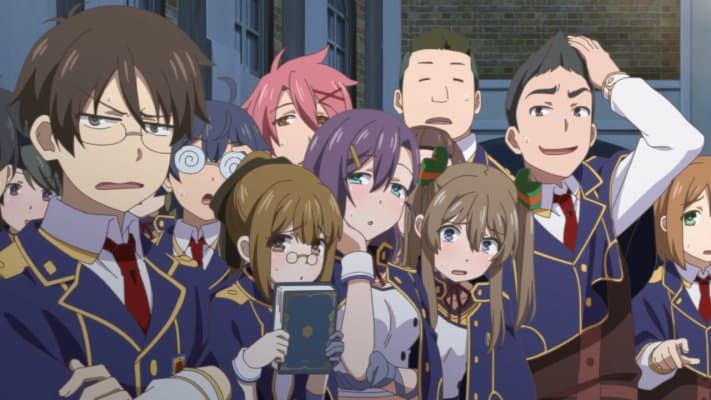 You might think. “What’s wrong with that? They’re not even main characters!” And this is true, however throughout the series some of the other classmates do have prominent appearances or some “serious” moments which don’t really come together as being all that important since those characters never really held any weight to the story in the first place. It would be one thing if we never had any interactions with the side characters, but the fact that some of them are included into the show and attempt to have meaningful moments, and the fact that they had little personality, is what takes away from the moment. (Just my opinion though!)

The rest of the class is pretty relevant in the first story arc, but during the rest of the series, slowly fades out of interest.

The comedy here is great. If you like “harem” style comedy and some tsundere moments, you should feel right at home. There’s definitely some good laughs. Watch it for yourself.

Some moments are really well animated (especially in the first episode) but there are some action sequences, especially in the final episode of the season, where it just felt like things were rushed. Some moments are dull and lack shading, while other moments, such as the obligatory beach episode, have some fantastic lighting and scenery. So overall, the animation is great and interesting to watch, but it’s not perfect or anything award winning.

7 out of 10 because the animation is just average overall.

Well that’s all that I can really note about this series; it was a fantastic experience watching this show and there were only a few moments where I got bored because I could easily tell what was going to happen and they decided to drag it out anyways as if we couldn’t tell what was going top happen. 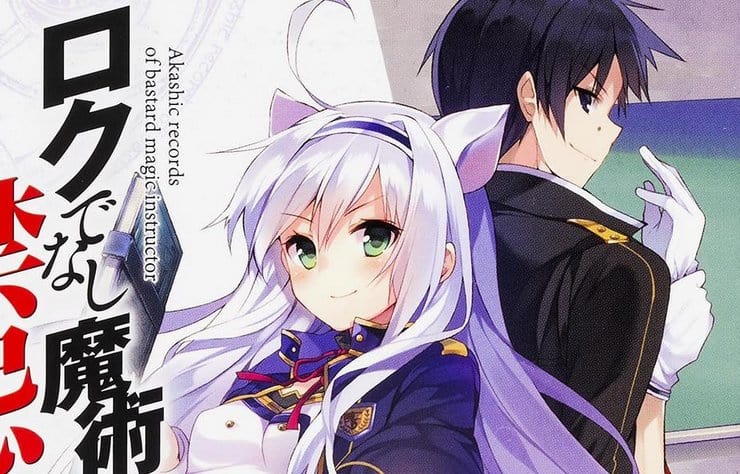 The format of the show is very welcoming and cute, and I was sad that the episodes weren’t even longer. Unfortunately, it’s not one of those animes that I could consider legendary or “Must Watch” series or anything like that. It’s a great 2017 anime that’s worth watching in 2017 but overall, I don’t know if its legacy will last for years to come. Unlike some members of the community who were skeptical and judged this show as a cliche cookie cutter anime (which it is not, though it does have cliche moments sprinkled here and there) it really was a fun ride and I am looking forward to the second season!

You should watch it if you have nothing else to watch! If tsundere love cliche’s aren’t your thing, at least watch it for Glenn Radars, who is a truly interesting and dynamic character!

Advertise with us
2395
likes / shares
FacebookTwitter