The youthful romantic manga, Aharen-san wa Hakarenai, is getting an anime adaptation, and the official website for the romantic comedy manga series posted two more cast members and the first key visual for the anime series (below). The new anime is set to release in April 2022.

The new cast members are:

Among the previously announced cast, Inori Minase will play the titular character Reina Aharen, and Takuma Terashima will play Raidō.

Staff involved in the production are –

Animation production will be done by FelixFilm and Chinese streaming service bilibili is presenting the project.

The story of the series follows the everyday adventures of Reina Aharen, a quiet girl with a blank expression, and Raidou, the boy who sits next to her in class. At first, Raidou assumes that Aharen has a cold personality, but she becomes much more friendly one day after Raidou returns to her an eraser that Aharen had dropped. Unfortunately, Aharen has trouble communicating and is a terrible judge of personal boundaries, always keeping people too close or too far away… 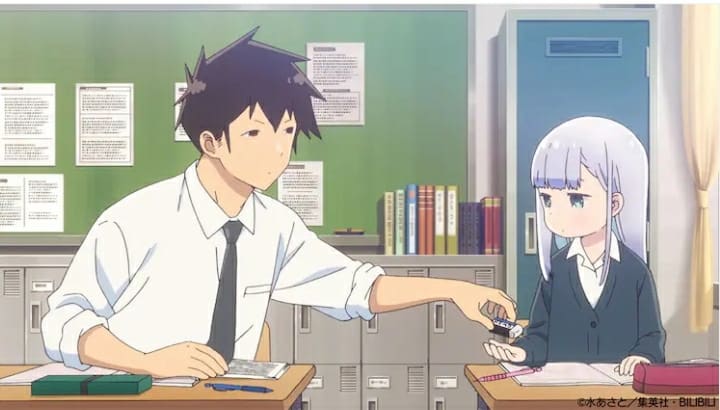