A Cryptic Message From Usogui‘s Creator!

On March 27, Sako Toshio, the author of Usogui, updated his Twitter, hinting that something is in the works. The Tweet reads as follows:

“News…Big news! I will announce it soon. You have waited years for this!”

After his Tweet, fans of the series quickly began speculating about the announcement. While some suggested a sequel to Usogui or perhaps an entirely new project, evidence points to a live-action adaptation being the most likely.

Back in 2016, a live-action movie based on the manga was actually announced but it has yet to receive a release date. For many fans who have been patiently awaiting the live-action Usogui, their wait may finally be over.

Despite almost five years of waiting, the passion in Usogui‘s fanbase seems to remain. In response to Sako Toshio’s announcement, numerous fans commented that they were hoping for something related to Usogui.

“I want to believe that this is new related to Usogui. Or rather, that can be the only thing that is ‘big’ news!”

“L-live action! I believe so”

“The Misfit of Demon King Academy” Manga Author, Kayaharuka, is No Longer With Us 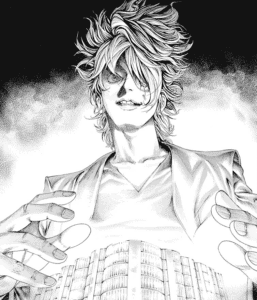 Usogui is a gambling manga that was published in Shueisha’s Weekly Young Jump magazine from May 2006 to December 2017.

The main story is centered around Baku Madarame, a traveler who absolutely loves gambling. He is known as the lie eater or “usogui” in Japanese. Baku, along with his gambling apprentice, Kaji, and his personal bodyguard, Marco, enter into an underground gambling ring where people offer up their own lives as ante for twisted games.

These games that gamble in human lives are run by the organization known as Kakerou which means “let’s gamble” in Japanese. The organization and its referees act as neutral hosts for the other players. Once a game is complete, these referees will also make sure the debt is collected.

While participating in the high-stakes Kakerou games, Baku attempts to out-gamble the other players in order to take over the organization. However, during this endeavor, he and his companions get caught up in a war between Kakerou and another seedy organization known as IDEAL. 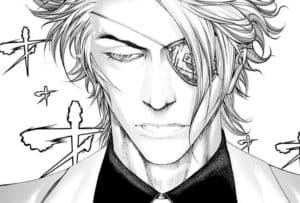 The postponement of the live-action movie adaptation makes it the most likely candidate for the announcement but there are other theories as well.

Although the series has received an OVA adaptation, it was never properly made into an anime series. Another possibility, as theorized by a few hopeful fans, is not for an adaptation of the old series but for a sequel to the manga.

Theories will vary widely and, in the meantime, fans will have to “bet” that Sako Toshio’s announcement is the one they want to hear.

What do you think the announcement will be? Let us know down in the comments below!

Advertise with us
55
likes / shares
FacebookTwitter