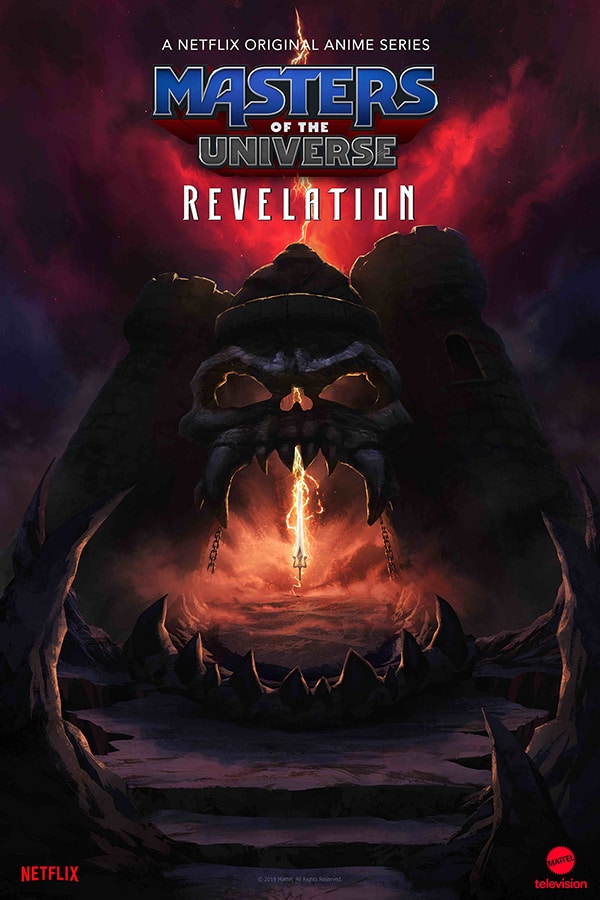 Halo Outpost 2019 Everything There Was to See!

By the power of grayskull, Kevin Smith is reviving the classic 80’s show, the master of the universe, He-Man. The show was filled with testosterone that even the noun and the pronoun of the title refers to the manliness in the show. He-Man and the Masters of the Universe was one of the best cultural impactful animated show in the ‘80s.

Now Netflix and Mattel TV have teamed up together for reviving the series for the next installation. The news broke out at Power-Con as Kevin Smith surprised fans by announcing his new project is to make He-Man Great Again for the new generation.

The new installment will be called “He-Man Masters of the Universe: Revelation“. It will not be a prequel. This show has said to be a follow up to the original. Furthermore, the show promised to discover more of the world of He-Man, the characters, dig deep into their character ark storyline.

In a press conference, Kevin Smith has this to say –

“I’m Eternia-ly grateful to Mattel TV and Netflix for entrusting me with not only the secrets of Grayskull, but also their entire Universe,”

“In Revelation, we pick up right where the classic era left off to tell an epic tale of what may be the final battle between He-Man and Skeletor! Brought to life with the most metal character designs Powerhouse Animation can contain in the frame, this is the Masters of the Universe story you always wanted to see as a kid!”

Eric Carrasco (Supergirl), Tim Sheridan (Reign of the Supermen), Diya Mishra (Magic the Gathering), and Marc Bernardin (Alphas) will be working as writers for the show. Powerhouse Animation will be handling the animation quality.

If you are not familiar with the studio, I’ll highly recommend watching Castlevania Series on Netflix. The visual of that show is breathtaking. If you have played the games on NES or even the remake, you are gonna love it. What is a Netflix Castlevania? It’s a genuine pile of secret.

Kevin Smith has promised the fans, that he will not follow up the tradition of ruining a good show for an attempt at cash grab on nostalgia. As he said this on his Twitter –

By the Power of Grayskull! I have to shower! No – I mean I have the flour! Myah! One more try: I HAVE THE POWER! Thank you @Mattel and @netflix for letting my play in your Universe! I promise: this will not be a Stinkor! #MOTU https://t.co/ysDy5N8c39

Only the time will tell, What’s your thought on this? Let me know in the comment below.