Everyone from everywhere loves a good original Kit Kat; the perfectly balanced chocolate-coated wafer biscuit is a favorite amongst people of all ages.

Japan, however, takes the beloved snack to a-whole-nother level.

The spectrum of Kit Kat flavors hailing from Japan is considered somewhat of a phenomenon across the world. Did you know that there are more than 300 flavors of Kit Kat in Japan? It may be hard to believe, but it’s true!

However, they’re not always available, and definitely not all at once. Some flavors may be seasonal and only come out a few times a year, some are region-specific for campaigns, and some are simply limited-edition flavors – once they’re sold out, they never get reproduced.

Of the 300 plus flavors from Japan, you can bet there have been some wild and interesting flavors in the mix! Let us take you through five weird Kit Kat flavors you can hunt for whilst traveling Japan.

Kit Kat Flavors Only in Japan 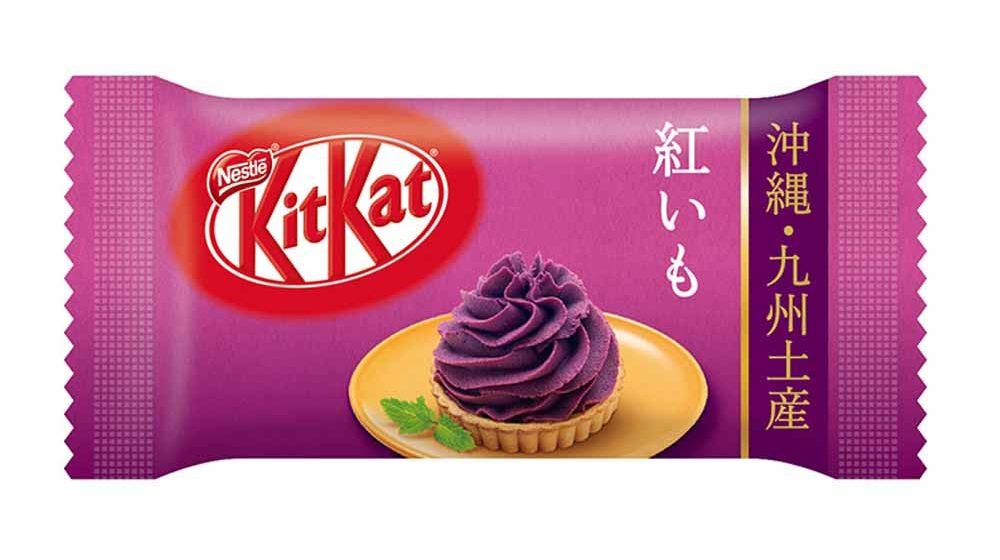 This unique flavor is not quite like anything you’ve eaten before. You’ve had savoury potato chips before, but how does a sweet potato taste when covering a wafer biscuit? Surprisingly good! The distinct earthy potato flavor is subtle but detectable and isn’t as sweet as many other flavors.

Look out for the funky purple packaging with a swirly sweet potato dessert on the front! 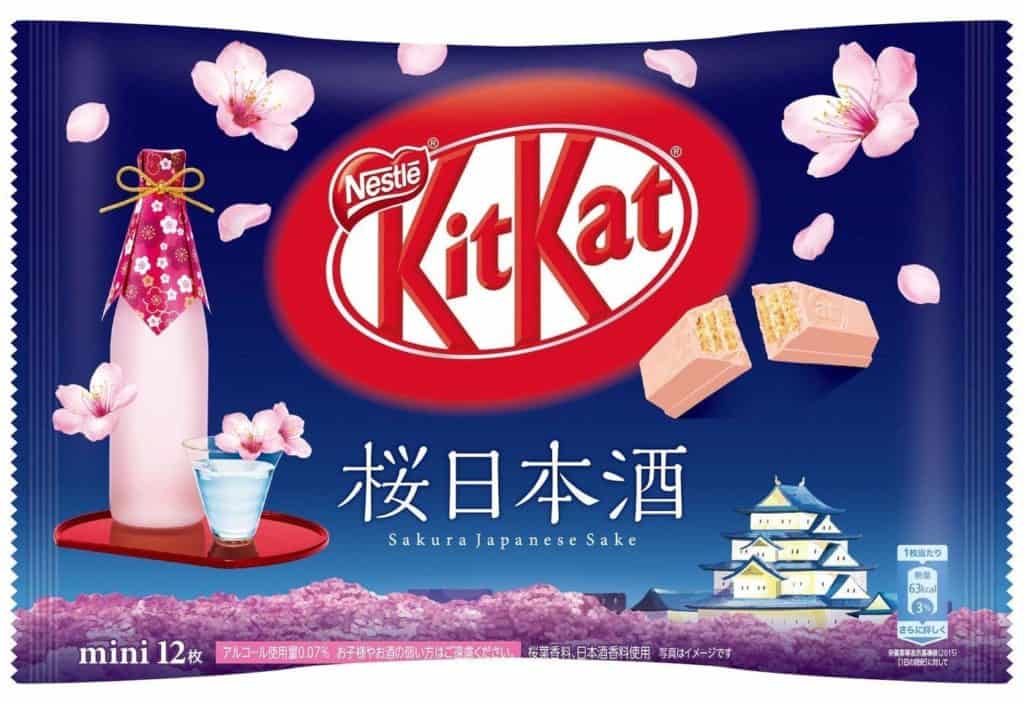 This Kit Kat flavor boasts a white chocolate base with a subtle hint of sake and floral tones. As you’ve probably imagined, this one is usually available around the cherry blossom season and makes a great souvenir to bring back home!

It’s on the sweeter end of the spectrum, but the palpable flavor makes it a winner. 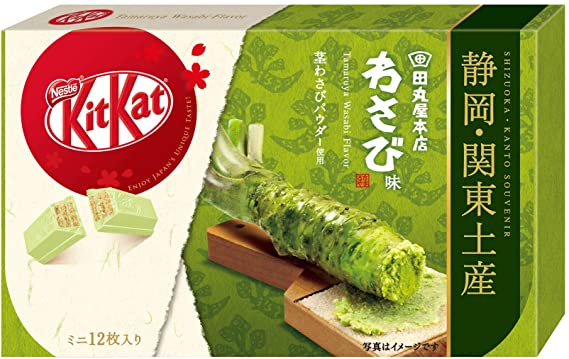 This one’s not for the faint-hearted.

Just kidding! Even those who don’t eat wasabi will be surprised by the sweetness mixed with the distinct wasabi taste. Whilst it’s definitely there, the wasabi flavor is in no way as strong as actual wasabi, so all you get is a whiff which is generally masked by the sweetness of the chocolate coating. 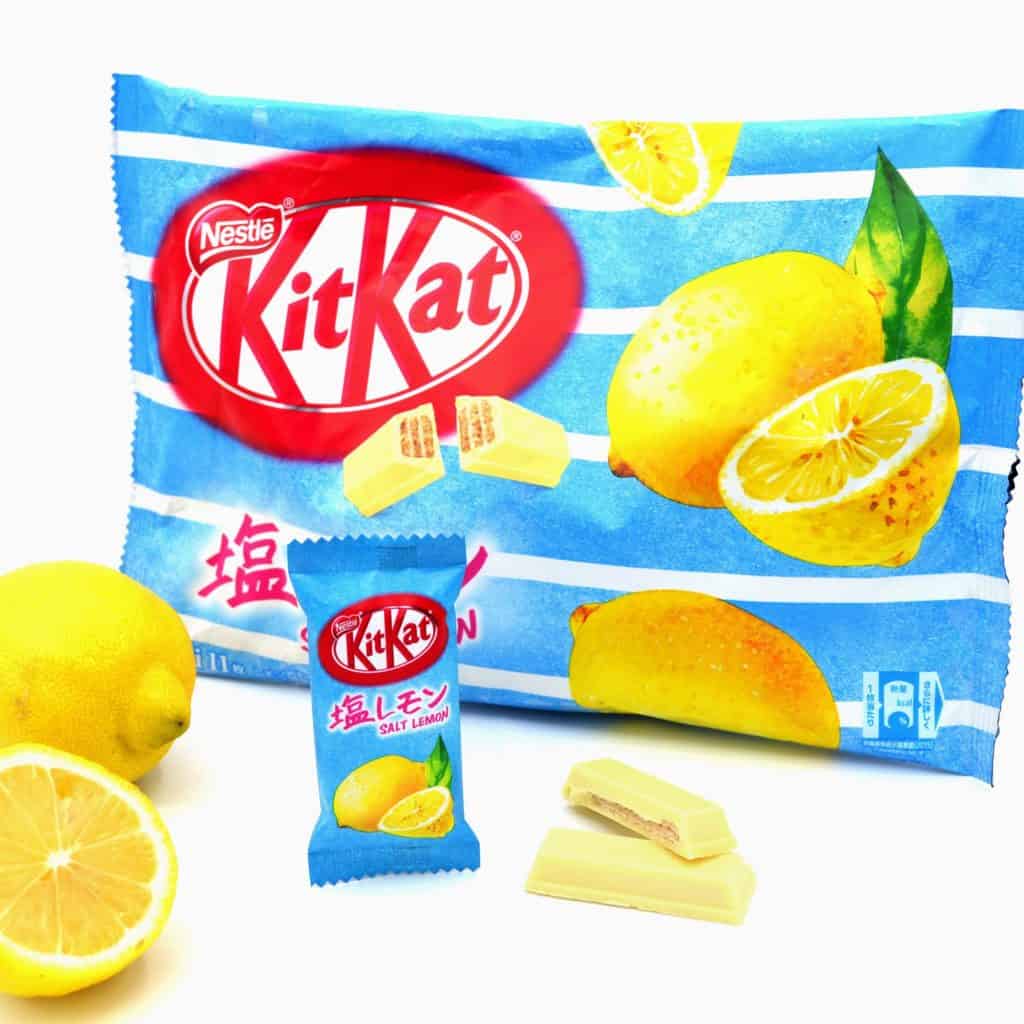 This one might not be as weird for some people as lemon is quite a popular dessert flavor, however, lemon as a Kit Kat flavor? A little strange if you ask me!

This is definitely one of the most citrusy flavors available, and it’s pretty much exactly how you imagine. Think of a subtle white chocolate coating with hints of lemon zest that cut through the chocolate and give this snack the perfect balance of sweetness and tang. 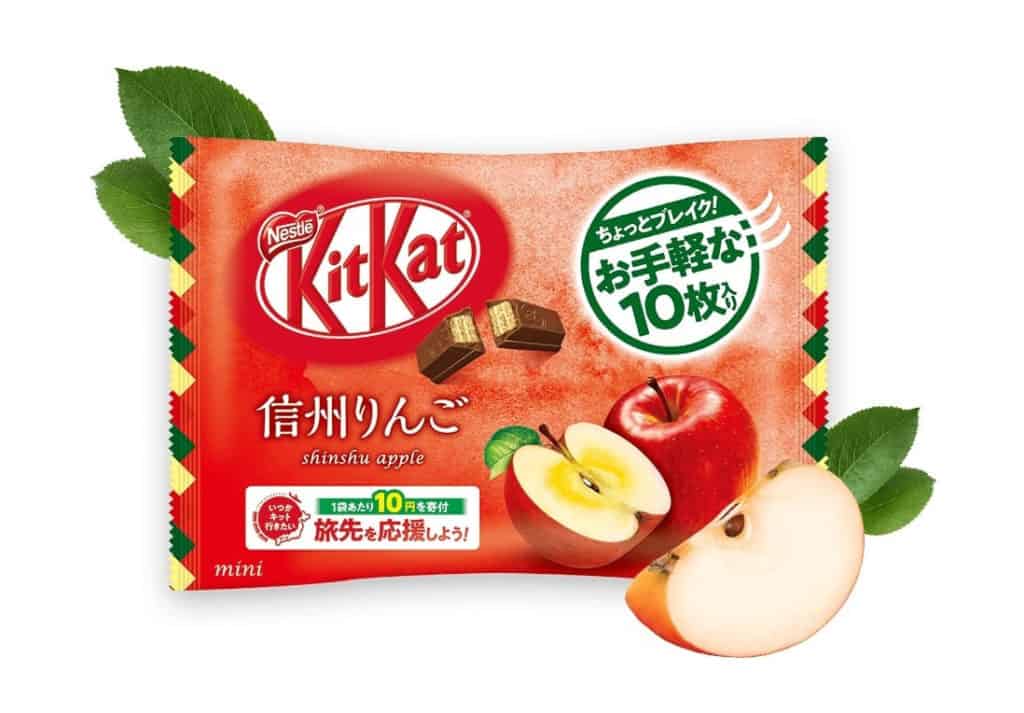 The apple hints are strong with this Kit Kat flavor. Unlike many of the other weird Kit Kat combos that pair white chocolate with subtle hints of the prime flavor, they’ve decided to go with regular chocolate paired with apple flavor for this one.

A bit eccentric, but not the worst.

The burst of the apple scent once you bite into the Kit Kat is somewhat surprising, and it’s not overly sweet, which is great. Some might find the apple and chocolate not quite to their taste at first, but it gets better the more time you give it.

Japanese grocery stores will definitely be able to supply you with flavors like matcha green tea and hojicha tea, however, for the most unique flavors, you may have to look elsewhere.

Train stations are a great place to look. You’ll be using them frequently whilst travelling the country, and region-specific Kit Kat’s are usually sold at the little shops and convenience stores in and around them,

Airports are another great place to hunt for them. The souvenir shops will generally stock the seasonal Kit Kat flavors there. They make for perfect last-minute gift ideas, and you can pick some up on the way home.

Souvenir stores within various regions are another great place to look. Sometimes you’ll be able to find hidden gems in there that you won’t be able to find anywhere else.

Lastly, you can certainly look online at sites like Amazon, however, note that the more weird, unique, and special flavors are generally sold throughout Japan only.

We hope you have fun hunting for and trying these weird Kit Kat flavors. Japan is considered many things, and being the king of funky snacks is definitely one of them!