Where to See Mount Fuji in Japan – Top 5 Spots

Japan is a wonderfully eclectic country, where time appears to stand still in some places and move at 100 miles per hour in the next, like in Tokyo. What you’ve seen and read are all true: there are century-old traditional Ryokan inns still standing in cities where high-rise buildings now dominate the skies.

When visiting for the first time, it can be all too overwhelming and at the same time, you’ll feel like you can’t get enough. Japan does that to you.

At the heart of the country is Tokyo, one of the busiest cities in the entire world. Housing a population of just under 14 million people, to say that this capital city is condensed is an understatement.

However, the city never feels as crowded as it sounds, as Tokyo also happens to be one of the most innovative and technologically advanced cities worldwide. Japanese people pride themselves on minimalism and efficiency, and this can be clearly seen through many aspects of their everyday lives. From simple gadgets to advanced robotics, Tokyo is quite literally living in the future. 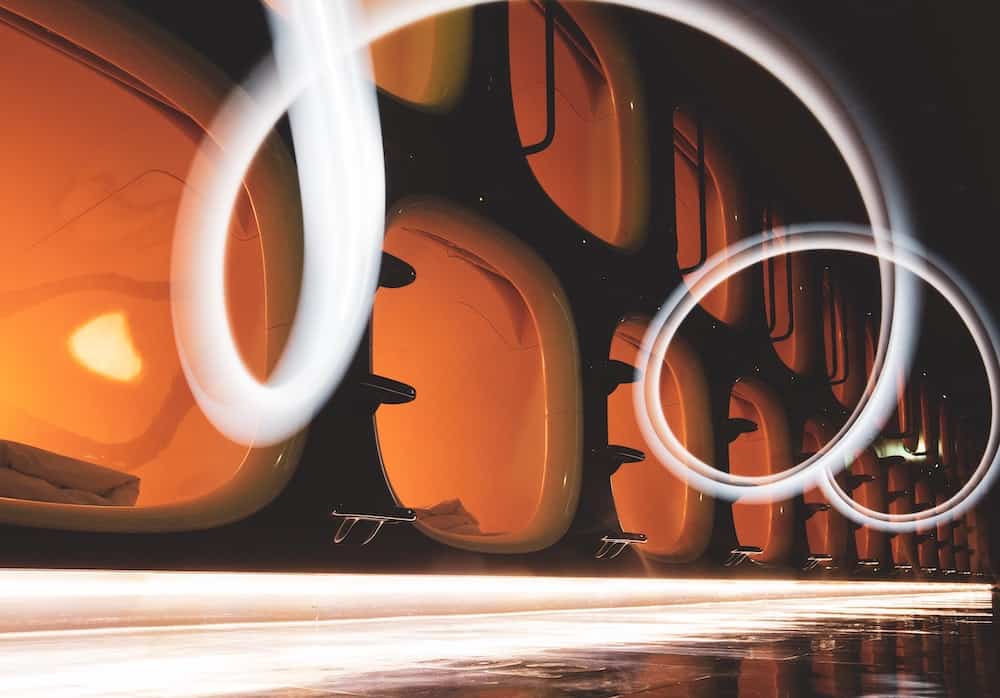 Capsule hotels may be a new thing around the world, but in Japan, it’s almost old-age. To counter the millions of people traveling around the country, capsule hotels came about as a highly efficient and super affordable way to book accommodation.

Capsule hotels usually charge a fraction of the price of a hotel, yet still provide all the necessary comforts you need for a relaxing stay. Viewed more as guest houses, customers will generally receive an individual pod for them to sleep in. Amenities such as lounging areas and bathrooms are shared.

As basic as it may have started out, many capsule hotels have since supercharged their game, especially in and around Tokyo. Some capsule hotels will offer a free amenities bag with shampoo, conditioner, and a toothbrush as well as pajamas. Others will deck out their shared bathrooms with high-end products and electronics such as body creams and hair dryers for customer comfort. Others still have decked out their pods to look realistically like a space shuttle, giving you the feeling of living in the future. 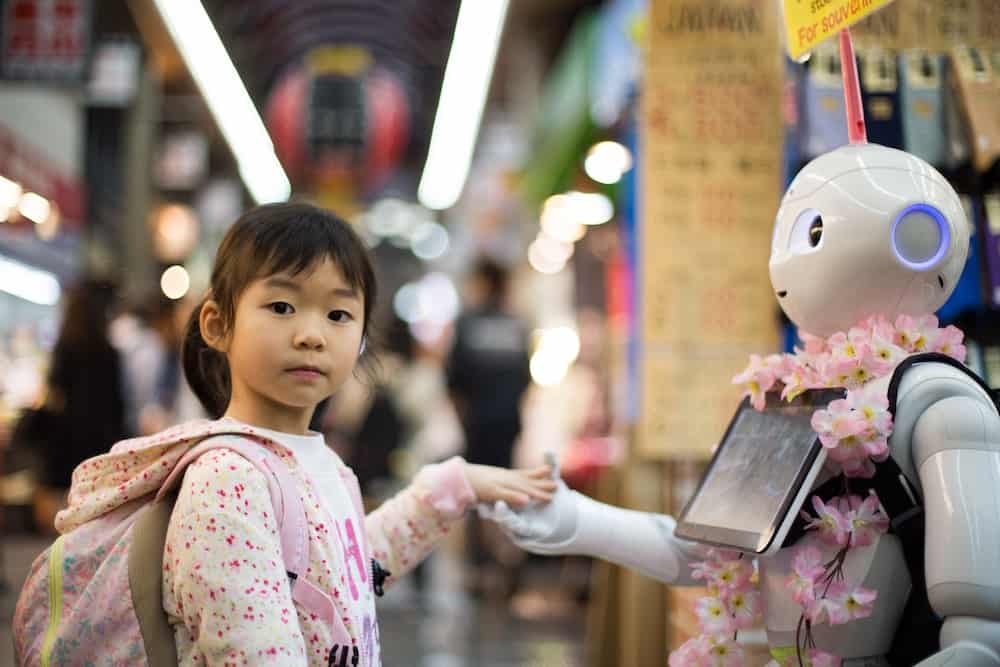 Think robots only exist in movies? Think again! In Tokyo, it’s the reality that everywhere you go, you may just be greeted by a robot instead of a real person.

Whilst it may seem bizarre at first, it’s amazing to see just how far robotics has come. In Tokyo, you may encounter robots greeting you at hotels, scanning your items at the store, or even dealing with your banking.

In 2021, a new cafe opened up in Nihonbashi with robot waiters controlled remotely by disabled workers – the first of its kind. It’s a breakthrough for people with physical disabilities and opens up many possibilities of Tokyo becoming a more accessible society. 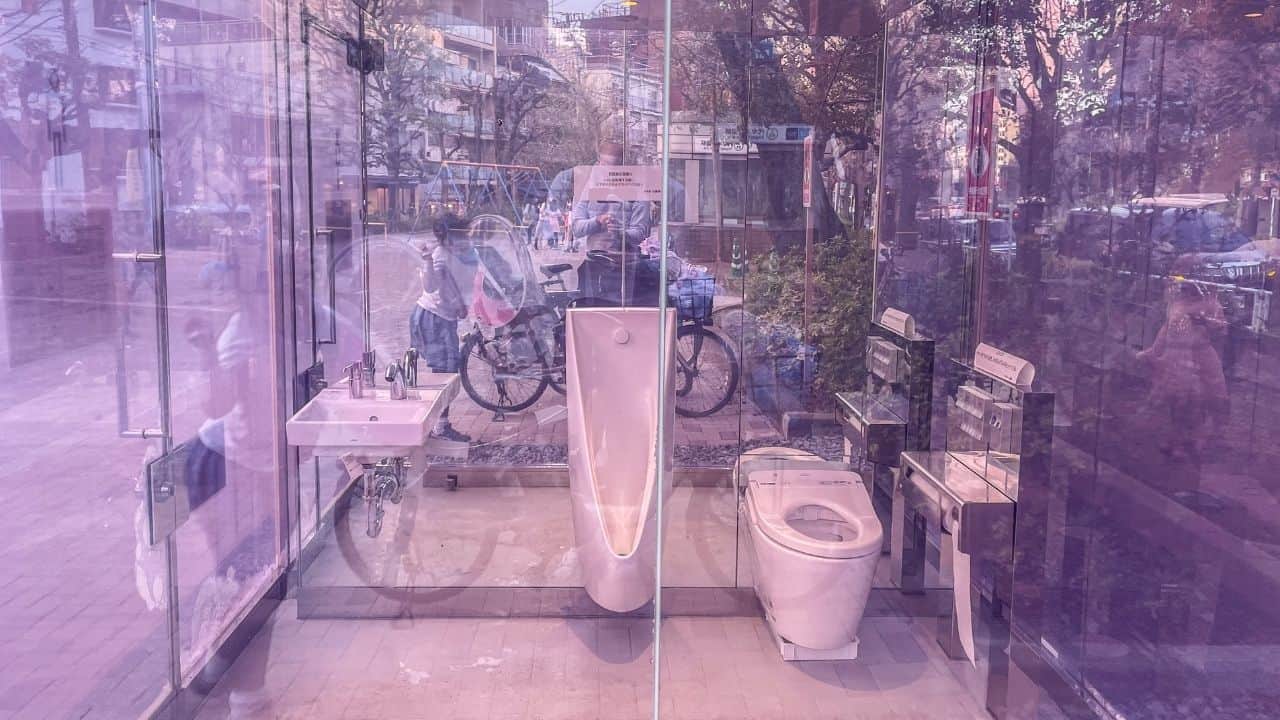 Japan made waves when it first introduced its see-through public toilets. The notion behind the clear walls was to allow the user to first inspect that the toilet is clean and ensure that no one is waiting inside. Upon entering and turning the lock, the walls will then become opaque for privacy.

This bathroom concept may seem a bit peculiar at first! With most of us growing up in societies that favor private bathroom businesses over communal ones, going about your business in a seemingly transparent bathroom might be too much.

If you’re game, though, check out the transparent toilets at Yoyogi Park, Shibuya!

Yep, you read that right. In Japan, where space is of utmost priority, parking lots don’t just come as ticketed or valet in flat or multistory spaces. They also come as automated carousels in vertical buildings!

The idea is super simple: you basically drive into what looks like a single car garage, and once you exit, the car is whisked away into a carousel system and automatically stored in a vertical building amongst hundreds of others.

For those who have experienced frustration at driving around and around a parking lot for hours looking for a free spot, this is a dream!

If the above sounds familiar, you may have witnessed it in the movie The Fast and the Furious: Tokyo Drift, when Twinkie takes Sean to see his car and they’re standing there watching the garage as cars simply rotate by.

5. Locking Up Your Umbrella 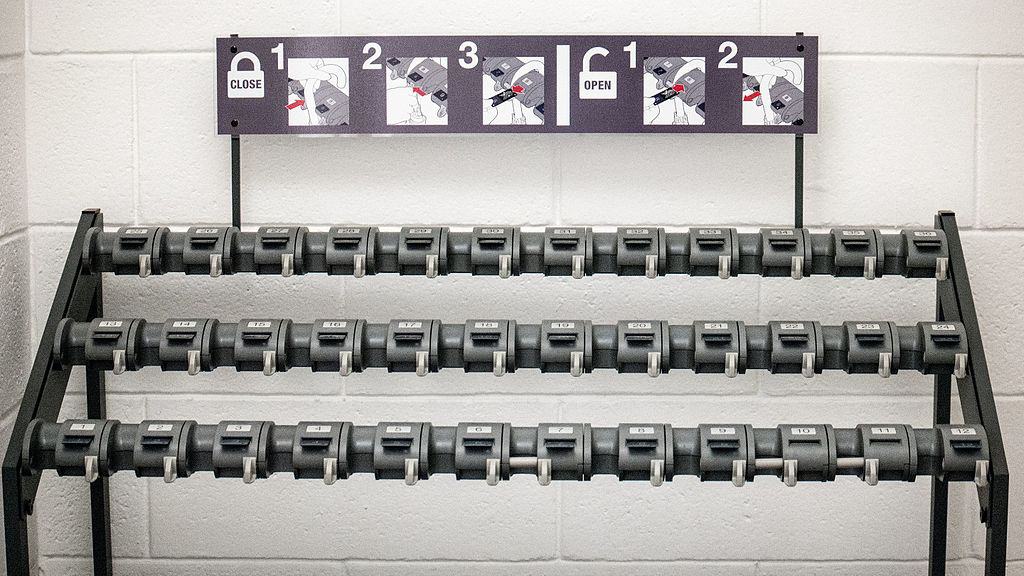 We saved the simplest, and quite frankly, the best for last. Ever walked into a shopping center with a wet umbrella, only to struggle with getting it into the free provided plastic cover, to then walk around with it dripping on the floor and losing the mood to shop at all?

Well, in a city like Tokyo, with a population of less than 14 million, you can imagine how wet weather is not fun for indoor centers.

Enter: the umbrella locker room. This is essentially an open garage for your umbrella. Simply slide your handle in, create a unique passcode, and leave it whilst you’re running your errand.

Just remember your locker number, especially if you’ve got a white-handle, clear plastic umbrella – the one that 99% of people in Tokyo seem to have!

In an era where vintage nostalgia seems to be the current trend, the futuristic living standards of people in Tokyo is a refreshing reminder that the world is indeed going both ways. Robot encounters, transparent toilets, and automated carousel parking lots aside, there are plenty of other small-scale reasons why Tokyo is living in the future.

From vending machines at every corner of the city to toilet systems that save water by using the water you wash your hands with to flush the toilet, you’ll likely overlook many of these as they’re so seamlessly ingrained into the living standards of Tokyo.