Studio Ghibli films are known for their amazingly authentic protagonists, storylines that intrigue both children and adults alike, and fantastical worlds made of pure magic.

Hayao Miyazaki, the creator of many of these films, is known to have taken inspiration from many wonderful real-life places in and around Japan that he’s experienced firsthand. From remote forests in Japan’s southern regions to century-old traditional bathhouses, Miyazaki managed to see the magic in the ordinary and make it extraordinary.

Below, we’ve curated the top 5 places in Japan that inspired Studio Ghibli anime films. If you’re a big Studio Ghibli fan, then your trip to Japan is about to get a whole lot better! 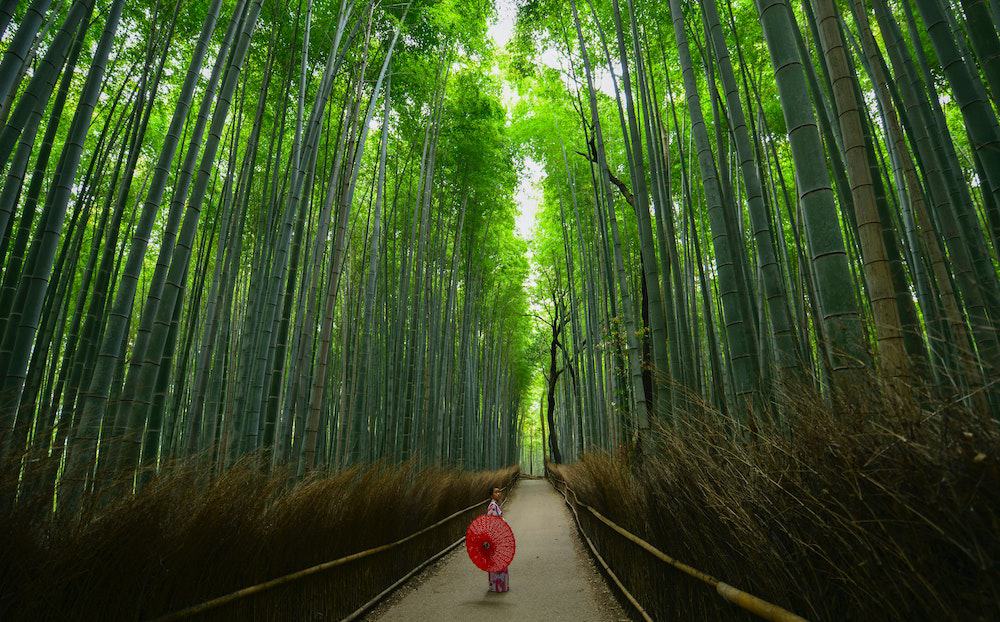 Starting off this list with a bang is, of course, Arashiyama Bamboo Forest, serving as the ultimate inspiration for Princess Kaguya. It is a film about an elderly couple who discover a baby girl in a forest and take it upon themselves to raise her to become a princess.

If you’ve visited Japan before, you’d have likely visited Arashiyama Bamboo Forest already, as it is one of the most popular tourist destinations across the country. It’s renowned for its iconic photo opportunities and ethereal atmosphere.

However, now armed with the knowledge that its timeless beauty and unwinding ambience served as inspiration for the classic animation, you’ll perceive the swaying of the seemingly infinite bamboo stalks in a totally different light. 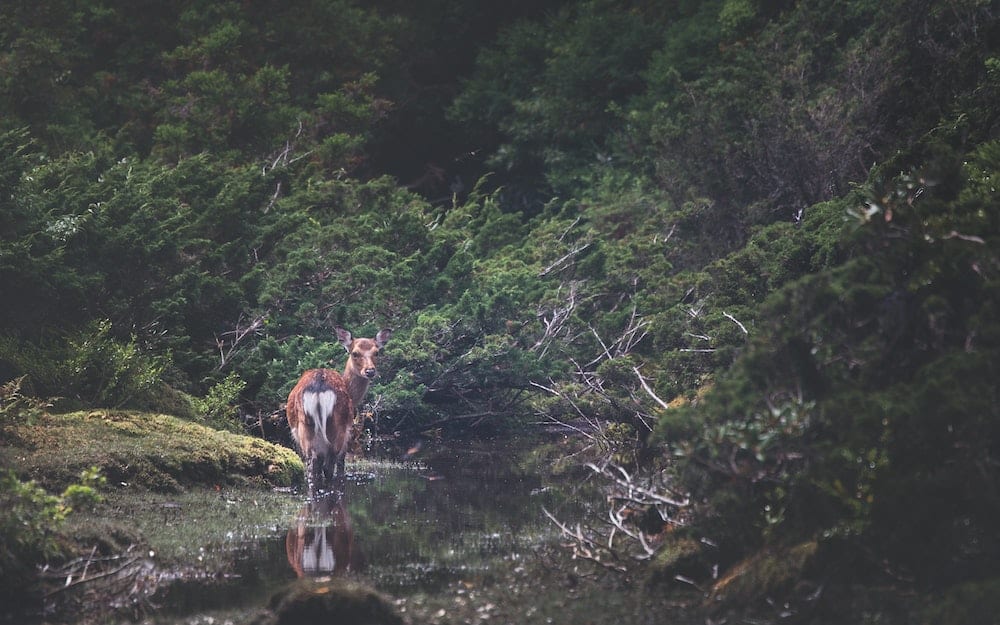 Many people will know Princess Mononoke as a beautifully animated film about a prince trapped in the middle of a war between the Gods of a forest and a town of humans. Given its storyline, many of the scenes are set in a magnificent lush rainforest that will draw audible gasps from people watching it for the first time.

If you didn’t already know, the major inspiration for the setting of this film is Yakushima, a remote island off the coast of Kagoshima. To be more specific, it was the unique Shiratani Unsuikyo Ravine canyon of Yakushima that captured Hayao Miyazaki’s attention. He apparently visited this location many times to ensure he’d be able to translate the beauty of it into film.

If you’d like to visit Yakushima, it will take a plane ride (from either Osaka, Fukuoka, or Kagoshima), or a ferry ride (from the Port of Kagoshima). It’s recommended that you stay for a few nights to truly make the most of your time there. Whilst the trek to see the canyon is a must for all Studio Ghibli lovers, there are plenty of other beautiful forest hikes of varying difficulty levels to enjoy as well.

3. Dogo Onsen, inspiration for Spirited Away 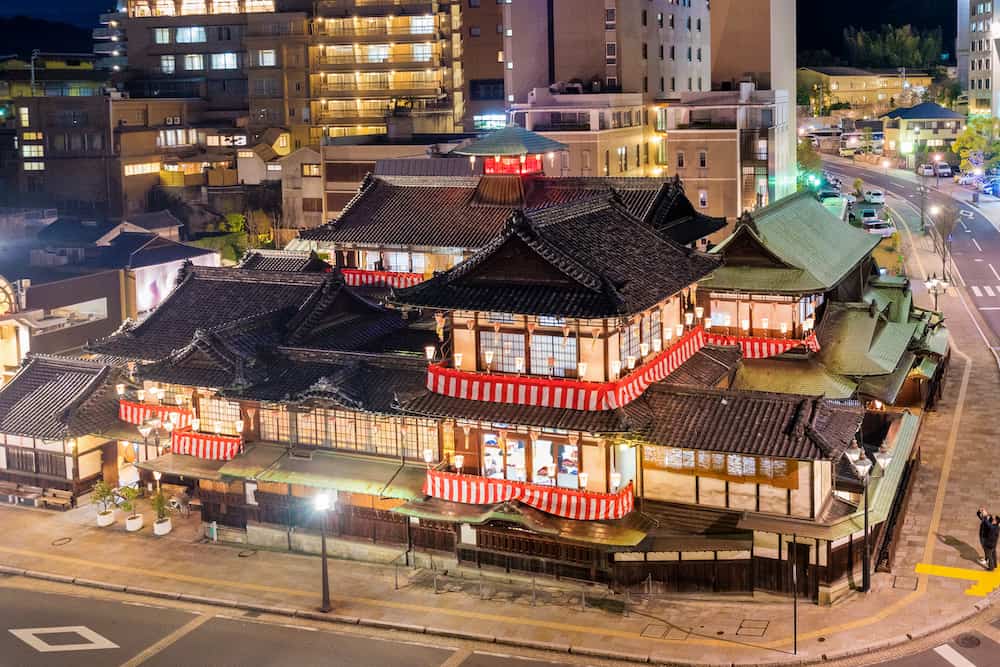 Spirited Away, at face value, is a stunningly animated film about a little girl going on a fantastical adventure. However, if you delve deeper into the themes of this animation, it’s about the tale of a young girl transitioning into an adult through experiences and circumstances beyond what you could imagine.

The gorgeous scenes in Spirited Away are a combination of immense creativity from the production team as well as inspirations from real life places. In particular, the bathhouse owned by Yubaba, which is a key location in the film, was directly inspired by Dogo Onsen.

Dogo Onsen is one of the oldest hot springs in Japan, having been built in the late 1800s. Once a prestigious bathhouse frequented by the Imperial Family, it’s now a popular destination for tourists to experience staying in a Ryokan, bathing in an onsen, and feeling like they’ve been transported back in history.

The interior is a beautiful mix of historic throwbacks and cultural architecture; it’s an absolute must-see for Studio Ghibli lovers. 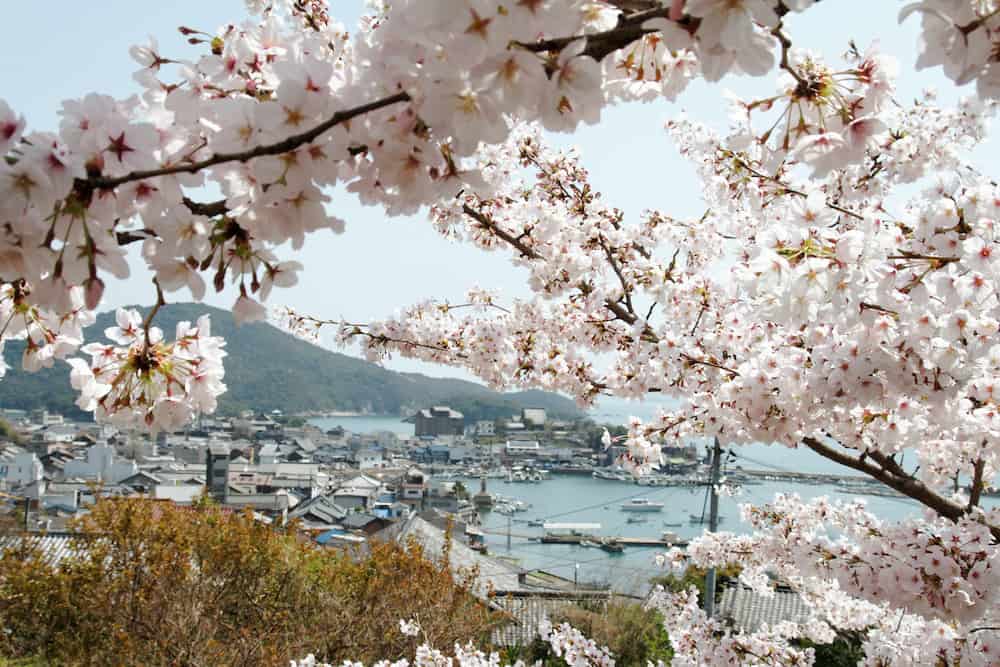 Ponyo is yet another youthful animation classic by Hayao Miyazaki based on an iconic destination in Japan. Ponyo tells the story of a goldfish named Ponyo who gets washed up ashore one day and is rescued by a four-year-old boy.

The many scenes in which you witness the land and the sea, the mountains in the distance, and the forests in the background are all inspired by Tomonoura – a small port town located along the east coast of Hiroshima.

Hayao Miyazaki actually spent a few months here, renting a small apartment and exploring the unassuming peaceful town at his own pace.

When you arrive, you’ll know immediately why he was so taken by this seaside town. Its eye-catching natural beauty- devoid of skyscrapers, noise pollution, and crowds- makes it a perfect place for leisurely exploration.

It’s encouraged to spend a day strolling through the town, eating homemade chikuwa (Japanese fish cake), visiting the seaside markets, taking in the nostalgic traditional Japanese buildings, and hiking up the hills whilst exploring the temples and shrines along the way. 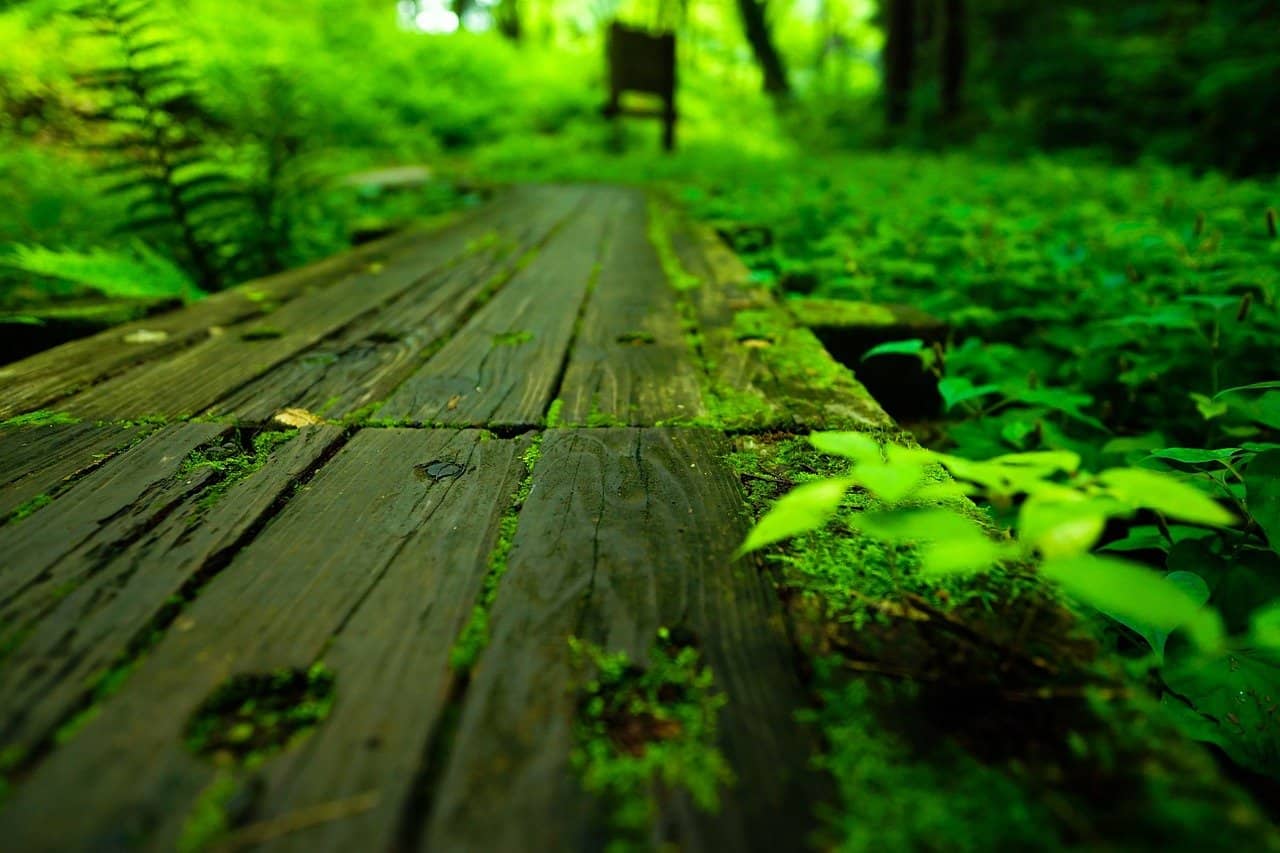 Hayao Miyazaki was a big fan of the lush greenery of the outdoors, and this is evident in his inspiration for the rolling landscapes in My Neighbor Totoro. If you’ve watched the movie, you would recognize Sayama Hills as the forest where Totoro lives.

Sayama Hills is located roughly 40km away from Tokyo in Saitama. It’s a forested area that draws enthusiastic hikers away from the city for epic outdoor appreciation. From the canopy-covered, tree-lined paths to the vast farmlands along the trails giving you a glimpse of rural life in Japan, there’s no wonder why this area inspired some magical Studio Ghibli scenes.

There’s a clear reason why these locations resonated so much with Hayao Miyazaki; they’re all timeless in beauty and breathtaking even after experiencing them over and over. We hope you enjoy your time visiting them!