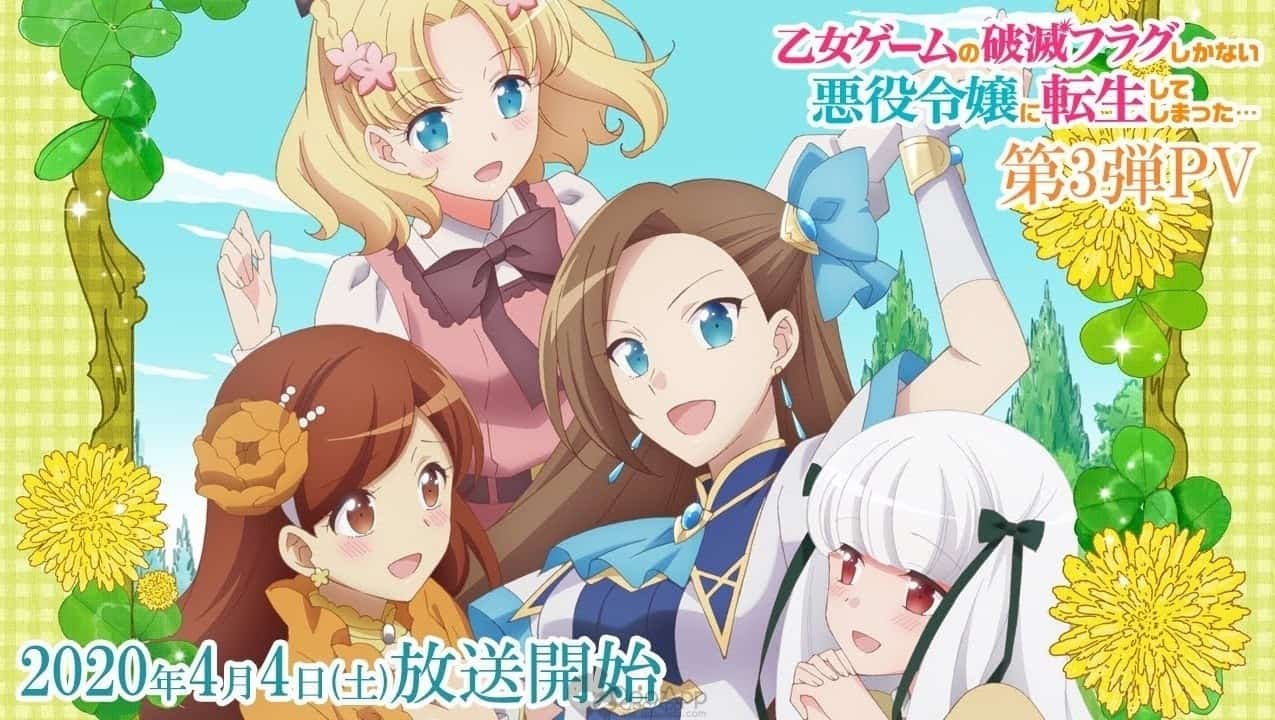 Despite the news of postponements of some anime series this and the upcoming seasons, Spring 2020 have brought us a breath of new air with the isekai anime “HameFura”.

Otome Game no Hametsu Flag shika nai Akuyaku Reijou Tensei (damn those light novel titles), translated in English as “My Next Life as a Villainess: All Routes Lead to Doom!” is a story about a high school girl who met an untimely death. 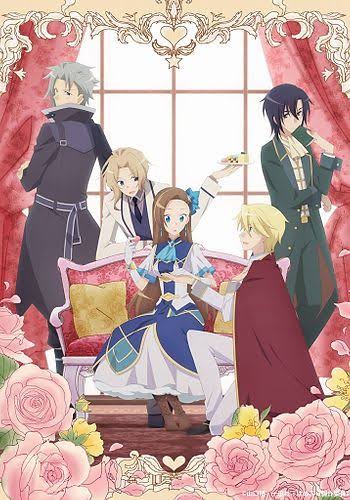 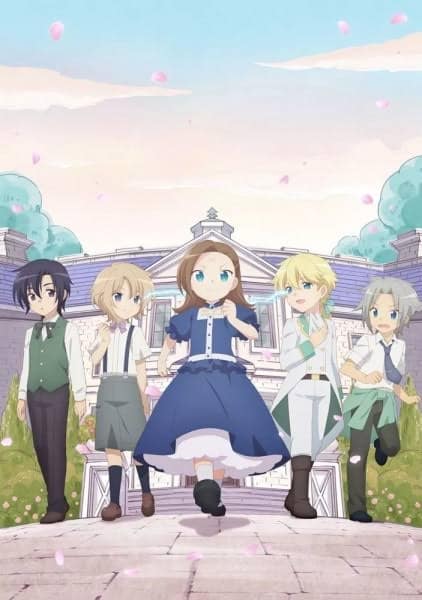 After that incident, she eventually realized that she was reincarnated on an otome game as the villainess who is doomed to meet a dead end no matter what she do. Upon this realization, she spent years taking countermeasures to prevent this. Unknown to her, because of her overthinking everything, her relationship with the other characters will take a different and unexpected turn. 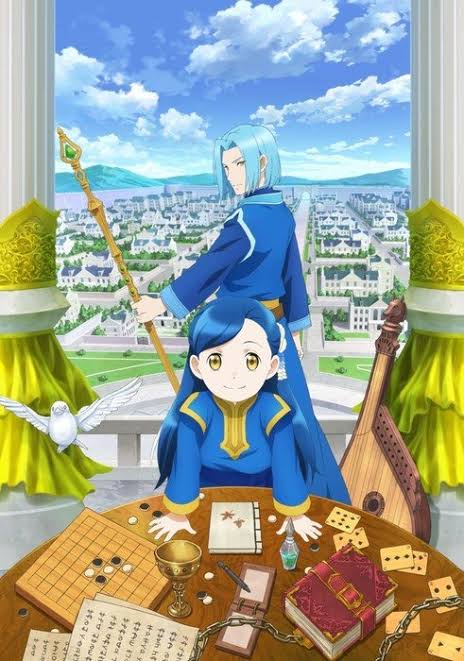 Along with the anime Ascendance of the Bookworm, it has been several years since we got a popular Isekai anime with a female protagonist. On our time where we got dense, perverted, disconnected, or overly-aware male protagonists, this is really a nice change of pace. Though, decades ago, female protagonists are popular as protagonists for this setting, like Magic Knight Rayearth, Inuyasha and Fushigi Yugi. So, this is kinda like a revival or something in a way. Though, the trope didn’t really completely fade away during the in-between years.

For most anime-only’s, this is really a fun ride. A bakadere waifu with Goku-tier appetite whose “density” makes a bi-harem composed of top tier husbandos and waifus (*note the yuri part here is what makes things for me spicy) possible. But do you know, a few years earlier, there is already an explosion of the otome villainess trope on the world of manga? 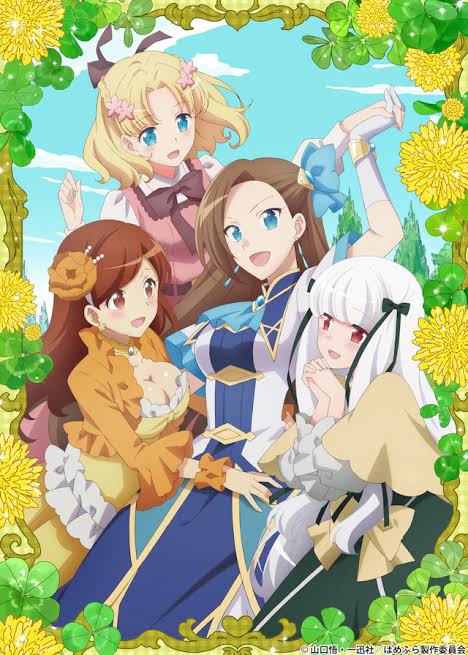 Since the anime adaptation is about to finish, why not we go into the world of manga and discover more? I bet if you love HameFura, you will also love these. For this list, I am only showing series where the protagonists got reincarnated as the antagonist to the otome game they are playing. Be my guest and I will lead you to the world of the villainess who does their best not to get killed on the end game!

5. Akuyaku Reijou wa Ringoku no Outaishi ni Dekiai sareru (The Villainess is Adored by the Crown Prince of the Neighboring Kingdom) 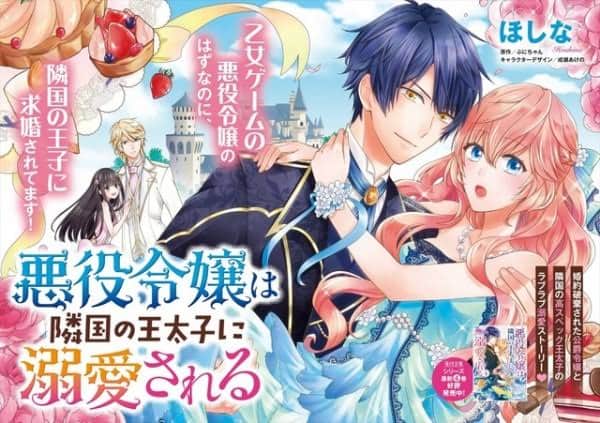 You’ll get diabetes for how overly sweet the first arc of this series is. So, if you are a fan of fairy tales with happy endings, this series is for you.

Of all times her memories of her past life as an otome game fangirl returned, it is all too late. To face her most beloved husbando, Prince Hartknights Lapis-Lazuli Lactomuth, as his villainess fiancée, Lady Tiararose Lapis Clementille, is one of her greatest nightmare. And on top of that, it is already too late when she regained her memories and there is only a matter of days before she meets her doom.

At their graduation ceremony, the prince condemned her and proclaims the game’s heroine, Akari, as his new bride-to-be. When everything turned to the worst, suddenly, a Prince Charming arrives to rescue her, no other than the prince of a neighboring kingdom, Prince Aquasteed Marineforest. And to the shock of everyone around the court, he proclaimed his intention of marrying Tiararose!

Now, Tiararose is about to face the new path to her happy ending. But like the roads of the medieval times, bumps are unavoidable. 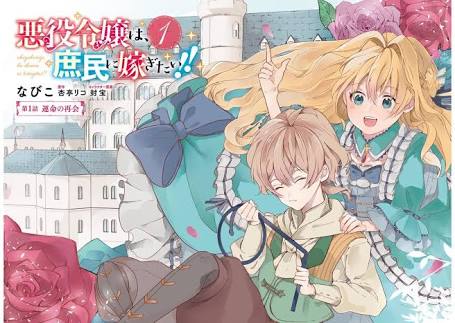 Unlike every fangirl of otome games, the protagonist of our story (who worked as a call center agent) doesn’t have any interest to Love☆Magical’s main husbando. But she does have her eyes to the game’s NPC Ursch-kun, a character that appears when she spins a gacha on that game. With the power of being a member of the working class, she dumps her money just to see the face of her NPC husbando! How sweet.

One day, she heads to the nearest store where the game’s official merchs are being sold. To her dismay, only the love interests’s merchs are present and none for her beloved Ursch-kun. Then, she went back home immediately with low spirits. While climbing upstairs, because of the combined effects of shock that results to sadness and being malnourished (thanks to spending to gacha and not to food), she slipped and fell to her death.

Then, she was reincarnated as Isabella Ali Rottenstein, a duke’s daughter and also the villainess of the game she played during her last life. As a six-year old girl, her memories from her past life came back along with the realization of her demise in the future. Though, if there is something she is thankful of, that is finally getting a chance to meet her beloved Ursch-kun, that she even asked him to marry her. 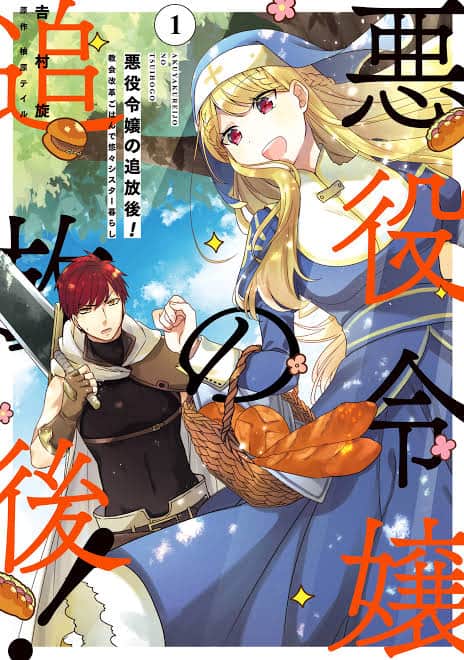 Fate is something mysterious. With the powers of free-will and predestination tugging on both ends, it can messed up even the things we planned for so long. And this story is about someone who makes the best out of the worst hand Fate has dealt to her.

One of the things light novels are well known is telling the setting on its title. The title explains it all. Our isekai protagonist met her doom, being sent on a nunnery. But wait and before we go ahead, let’s talk about what she was and her role on the otherworld. Some minor spoilers are ahead.

Yuka Sawatani is a workaholic event planner who died while taking on a bathtub. It is safe to assume that she fell asleep and drowned there, due to being too tired. Yikes. She was eventually reborn as the otome game villainess Elizabeth. She tried to resist her fate, given that she knew what will happen to her. But it seems that the game’s universe doesn’t pity her. Thus, she ended up being cast away as a nun.

Luckily, she doesn’t mind what happened to her at all. To be precise, she even enjoys living on the church. She eventually met the head knight, Leonid Guardhelm, from the kingdom where she came from which somehow gave her chills. She is unaware though of his true feelings.

From that meeting, her skills as an event planner are once used again. And with this, a few surprises left and right suddenly pop out. 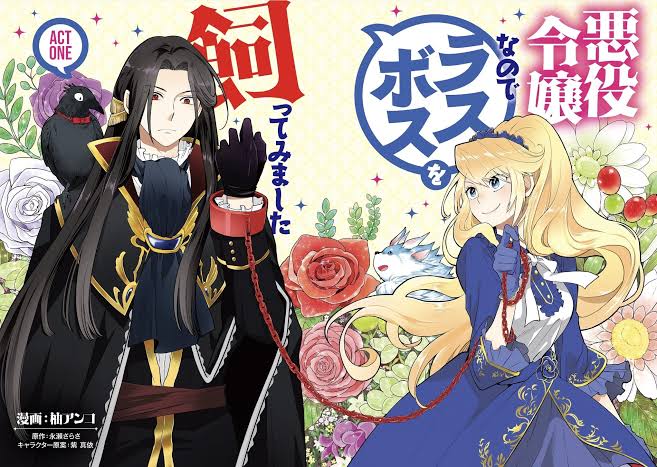 What is makes a story great is having a sympathetic villain. You know, like Garou from One Punch Man, I even root for villains on several occasions. If you are like me who wants to give the big baddie some appreciation, you better check this one out.

Filled with regret before she died coz of her sickly condition, our protagonist for this story has a deep desire of enjoying her youth. Eventually, she was reincarnated as Irene, the villainous noblewoman of the game she played. Her memories of her past life, that were only vague dreams during her childhood, came back to her after her engagement with the crowned prince was annulled, due to her bullying the heroine of the story.

Few months after that, based on what she remembered, she’ll be killed by of the Demon King. And how can she avoid that? Pretty simple, she’ll seduce the Demon King to her embrace. But, will she able to do it, with her time running out and her target seduces her instead? 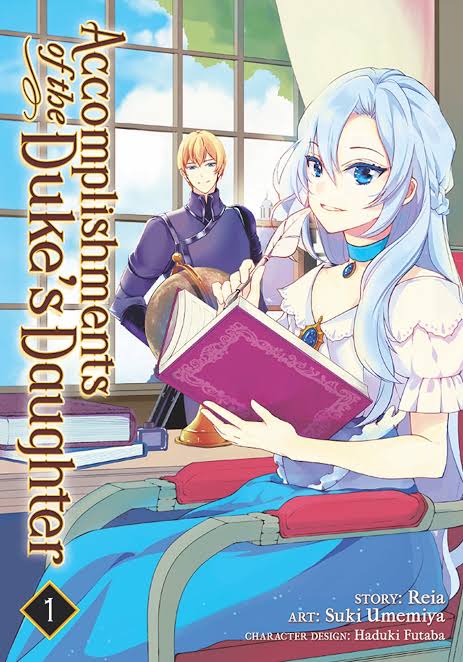 Of all these manga, this is personally my favorite. If you are a fan of both Spice and Wolf and MaoYuu, I am pretty confident that you will love this one. Hooray for economics! Yet, if you are expecting some magic here, as far as I remember, correct me if I am wrong LN readers out there coz I am only a lowly manga pleb, there is none of it here.
With enough chatter, let’s go to the plot.

The protagonist of this story is a young office lady who died because of a traffic accident. The very moment she breathe her last, she found herself inside the body of Iris, the villainess of the game she was playing before she died. And to make matters into the worst, it was on the exact moment her fiancé confronts her over a series of bullying against the game’s heroine. Fortunately, she thinks fast, preserves her dignity as a noble, and able to evade being sent to the nunnery, which was the fate of the original Iris.

Her father, the Prime Minister himself, is impressed of her actions, despite her fall from grace. He eventually leaves the control of the fief to her. With her memories from her previous life intact, she used these skills and knowledge to improve her realm. The rising living conditions on her land attracted both positive and negative attention to her, notably among the nobles themselves.

I do hope you give these series a shot. Until next time!!!

Advertise with us
847
likes / shares
FacebookTwitter