“Attack on Titan” Manga Wraps Up in April

In 2005, the massive online multiplayer game, World of Warcraft, concluded its most recent raid with an end boss called Hakkar the Soulflayer. As far as WoW raid bosses went, Hakkar wasn’t particularly unique. However, his debuff spell, called “Corrupted Blood”, proved to be more catastrophic than anyone could have predicted.

When cast, the spell drained hit points and spread between players like a virus. A programming oversight caused the debuff to linger outside the raid arena. For a week, “Corrupted Blood” terrorized World of Warcraft players, leaving fields of corpses all around the game.

Since then, experts reported that this incident was an extremely accurate representation of real-world pandemic behaviors and human responses.

More than a few people have already noticed strange parallels between the Corrupted Blood Incident and COVID-19 but here are 5 specific similarities between the two that will seriously creep you out:

Corrupted Blood killed lower level players instantly. When a player dies in WoW, their character is resurrected at half health and mana while their equipped armor takes 10% durability damage.

Before Blizzard Entertainment released a statement about the virus, players had already started quarantining themselves in uninhabited areas. Towns and cities were reportedly covered in “hundreds of bodies” in the affected servers so many players decided to play it safe and lay low.

As of January 2021, all Americans have experienced some form of quarantine for a total of ten months. The Corrupted Blood Incident, by contrast, lasted a week.

Asymptomatic carriers are infected but do not feel or demonstrate symptoms. During a pandemic, these carriers are often the most dangerous variable because they unknowingly pass diseases to others.

Non-playable characters in WoW contracted Corrupted Blood but could not be debuffed or killed. Engaging or approaching these NPCs resulted in infection.

According to research on the asymptomatic spread of coronavirus, every study found that a significant number of positive cases did not experience symptoms. Broad lab testing in Iceland found that up to 50% of tested cases were asymptomatic. Of the 293 children who tested positive in a Duke University study, 40% of cases were also asymptomatic.

Now, I admit, this similarity is more wholesome than creepy.

During a crisis, I like to think that most people do their best to help out. On an individual level, that might mean something as simple as wearing a face mask. For corporations, that means donating billions of dollars to health organizations and metric tons of personal protective equipment to medical facilities.

Just like the philanthropists of the real world, WoW players with healing abilities volunteered their services to help those affected by Corrupted Blood. Other players tried to contain the spread by directing people away from infected regions.

The effectiveness of these altruistic endeavors is debatable but at the end of the day, there’s something downright sweet about a group of MMORPG players helping strangers on the internet.

It wasn’t long before conspiracy theories began to fly.

Anyone who has spent any time on social media in the wake of coronavirus has heard that COVID is fake, biological warfare, or something equally idiotic. Certain public figures have since latched onto the most extreme of these rumors, allowing them to flourish.

Speculations regarding Corrupted Blood proliferated on discussion boards with several players theorizing that the virus was manufactured on purpose.

Were any of these conspiracies true? No. Were most of them, if not all, baselessly stupid? Yes.

1. Players Intentionally Infected Each Other

The eeriest reaction to Corrupted Blood came from the players who just…ran around infecting as many people as they could.

In the face of a natural disaster, some see opportunity in the chaos. A few affected players ignored the idea of quarantine altogether in favor of a more psychotic approach– teleporting into densely populated areas and letting the disease run its course.

Virtual pets were a real problem. Not only were pets asymptomatic carriers but they also kept the active debuff when the player dismissed and re-summoned them. Players used this shortcoming to their advantage by re-infecting their pets and deploying them to spread infection.

Well, perhaps not directly. But when so many people openly defy quarantine restrictions and refuse to wear face masks, games are a more whimsical mirror of reality.

Advertise with us
353
likes / shares
FacebookTwitter 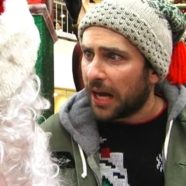