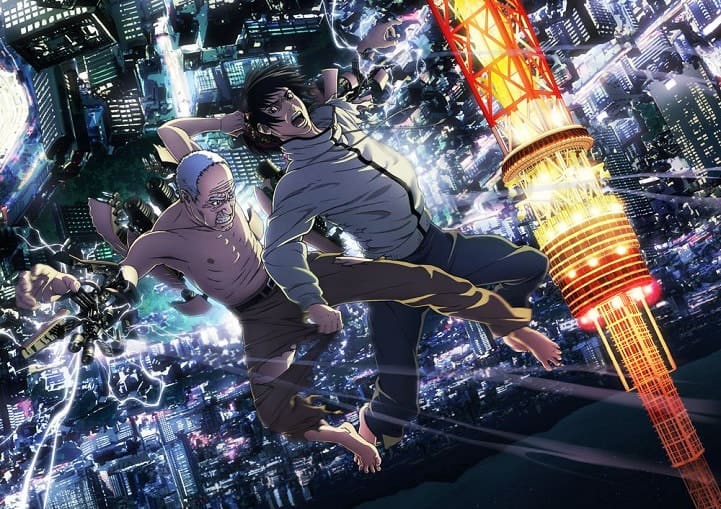 USA VS Japan Robot Duel. Can You Guess Who Won?

Fall 2017 had more than 50 Anime series, no doubt, among the most awaited series this anime season are The Ancient Magus Bride, Black Clover, and the third season of Food Wars. But, I am concerned that you may have missed this series that caught many by surprise: Inuyashiki.

Imagine Gramps as the Terminator

Thanks to Oku Hiroya, the same author of Gantz, we have one hell of a masterpiece this fall! The story is about Ichiro Inuyashiki, a 58 year-old salary man who lived an unfulfilled life dealing with his apathetic family and society. In his loneliness, it seems that the only one that he can cry on is his dog, Hanako.

It has a gloomy and unique plot that stands out among the other series currently being aired this season. And having an old guy as the main protagonist is really a rarity in anime. And that’s not all! The unexpected sci-fi twist of getting his body “messed up” and turned into an android offers us this bizarre atmosphere that will definitely make you watch the upcoming episodes.

The Dilemma of an Elderly 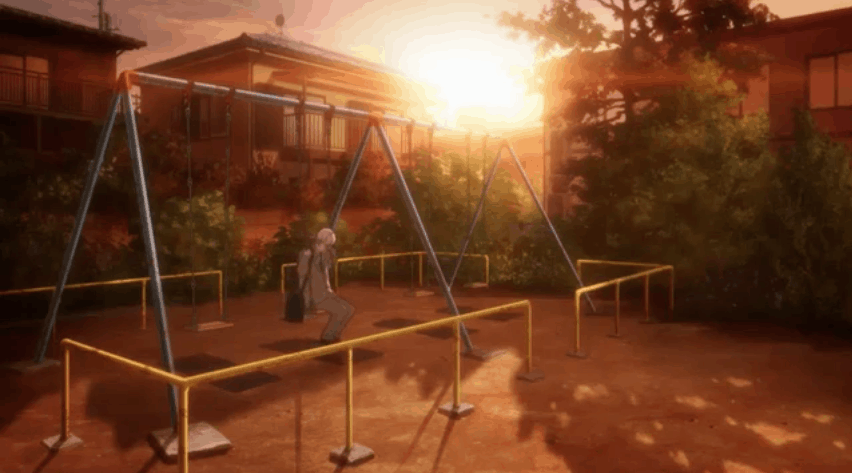 The first half of the anime shows the sad reality that some of our elderlies facing today. This may hold true on a small number of households on Japan and other Asian countries, given the importance, respect and family values they have for those who passed their prime. But it is a bit common on modern Western societies.

So, it is not surprising it might hit home on some viewers. And the pilot episode really did a good job on portraying Inuyashiki’s struggle that will tug your heart even a little bit.

Well, let’s go to the other interesting stuff of this anime enough to make most of the fans of the sci-fi genre squeal. Besides, this series gives a strong Terminator and Ghost in the Shell vibes. Given Inuyashiki’s bewilderment, I bet there’s no elderly out there who gonna expect this sudden turn of events. 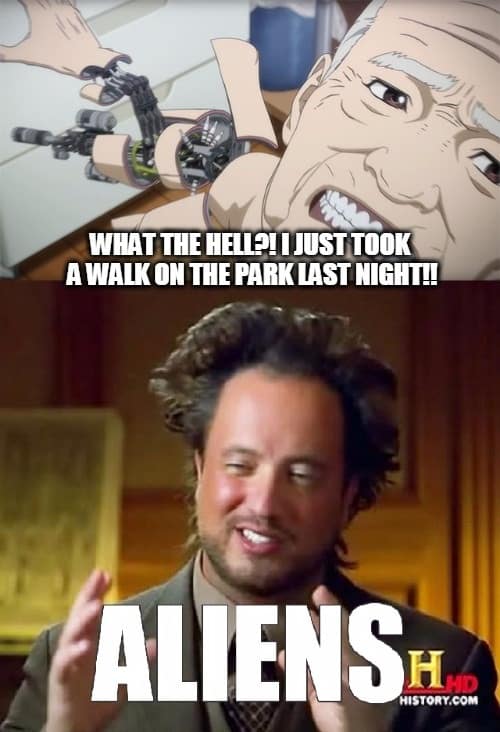 With no exaggeration intended, hoping that it won’t mess up along the way, this is both a promising and an uncertain series not only for this season but also of this year. On the side note, Inuyashiki and that dude better “thank” the aliens for messing them up literally. I mean, we appreciate that you don’t want to disturb our social ecosystem. But still, I think that is just aliens being aliens.

From Zero to Hero

The second half of the episode is about Inuyashiki’s realization that he is already a machine. He took a walk on the park with his dog and started to doubt his humanity. Suddenly, something hits his mind. He needs to find the other guy who was beside him last night.

Coincidentally, he came across with a group of young thugs ready to murder a homeless guy. Despite his old age, his sense of justice never fades given that he himself faced the same apathy even from his own family. Since he is not a human and has nothing to lose, he impeded the devious fun of those brats and saved the life of a complete stranger. 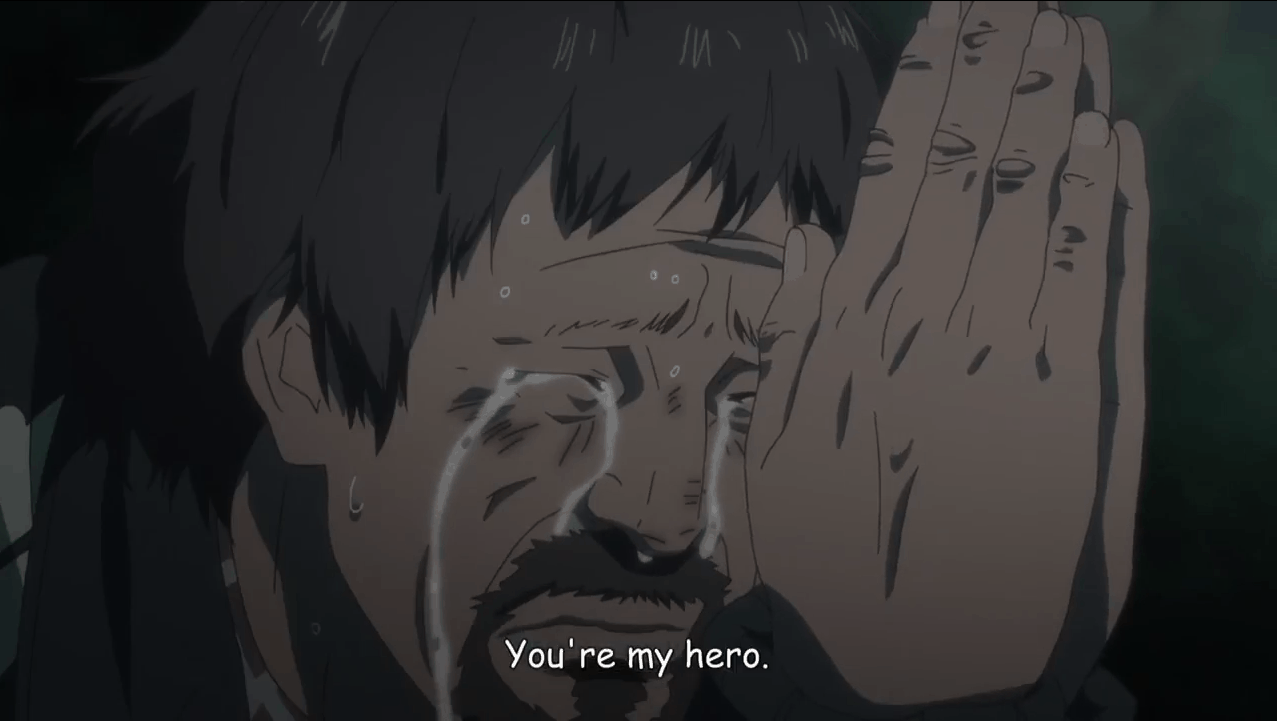 For the first time, Inuyashiki heard the words of thanks that he waited and yearned for a really long time. And that’s not all. He heard it from a complete stranger. Honestly, this is quite sad given that Inuyashiki still had a family and he never heard any from them. He is also very thankful to that stranger he just saved. Now all of his doubts are cleared. He is still a human, not only on the outside, but also inside.

If you crave for quality anime, you better include Inuyashiki on your roster. A strong and catchy pilot episode, an awesome plot, and an old protagonist rare on anime these days. I bet there is no reason to throw this one aside. Thus, this series gives me high expectations for the episodes to come. 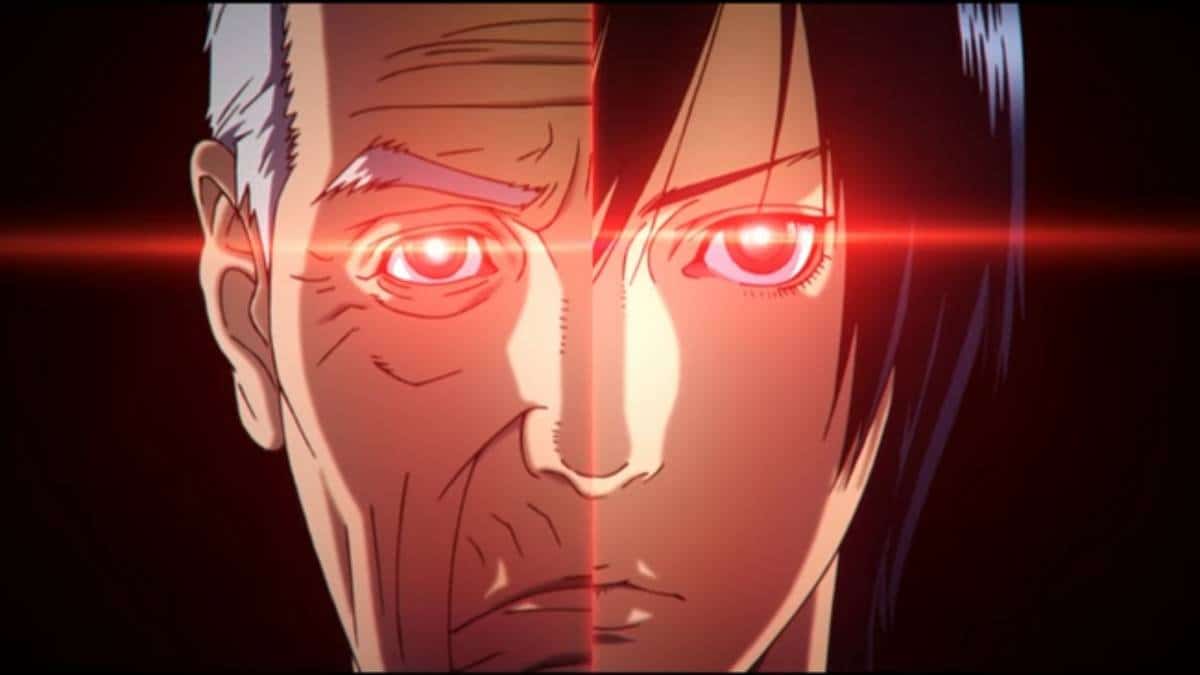 Though, my only concern is hopefully it will not mess up, like Ousama Game that is also currently running this season. Or have its latter episodes ruined like Erased of Winter 2016. So for all of you fans, you better have your fingers crossed and pray that everything will go well.

That’s all folks! I hope we’ll see each other for another anime review next time. I am looking forward to have your thoughts shared regarding this series and never forget to stay chill. If you have any anime and manga suggestions you want us to review, please write it down on our comments section and we will do our best to make one as fast as possible. Farewell, my fellow otakus and weabs out there. I am Marco Teito-kun, signing off.

Check it out now!

Advertise with us
304
likes / shares
FacebookTwitter

Where Does Anime’s Obsession With Robots and Cyborgs Come From?