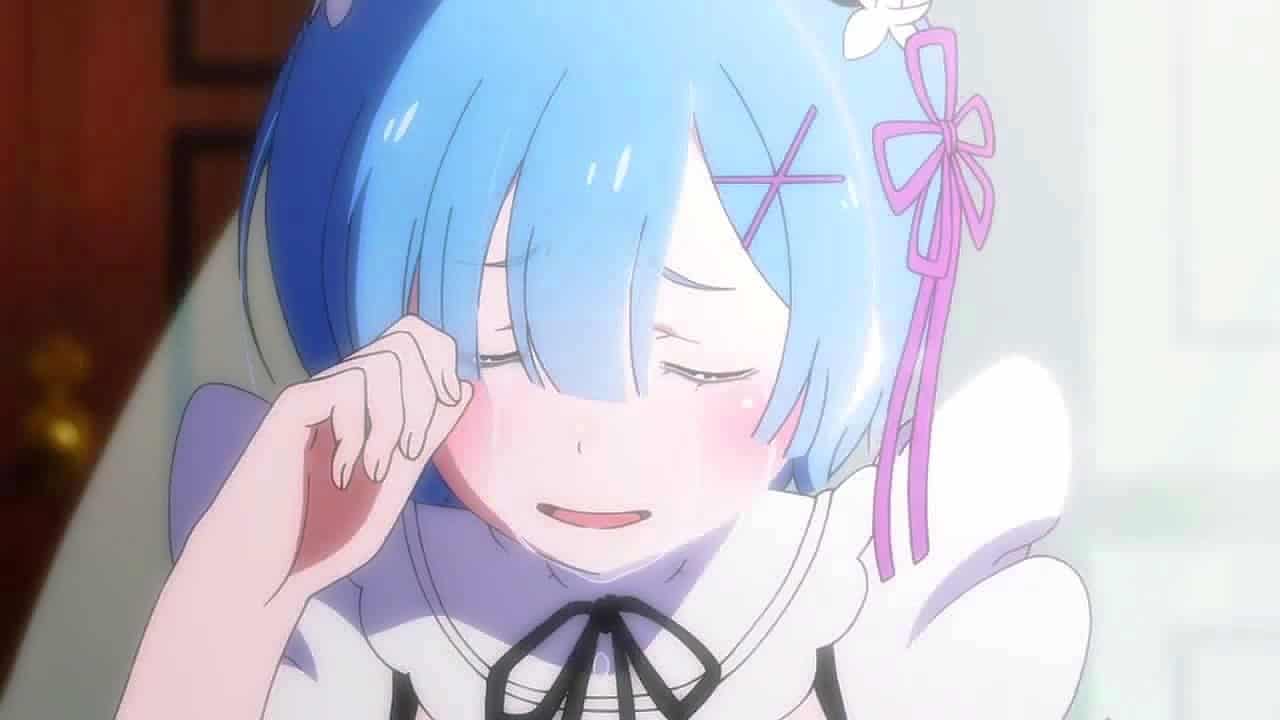 You can spot tragedy from a mile away based on all the events that lead up to it. How about about the ones you never expect to occur? Either way, you may not even want it to follow through. So what happens when it does?

We blame the one who brings out the onions. That darn dirt caught in your eyes. The rain.

And the following graphics may cause an organ to start aching in your chest that you never knew about. You may also feel an uncomfortable sensation in your eyes due to a salty discharge. Sit down. Grab a box of tissues. And prepare to blame the mysterious onion-chopping ninja for a nostalgic ride of your life.

***FINAL WARNING: SPOILERS UP AHEAD***

15. The Priest and The Punisher

Everyone loves this unorthodox, gun-wielding priest – Nicholas D. Wolfwood. And ironically he dies in the church after a brutal shoot out. He has his Punisher holding him upright as he takes his last smoke moments before death.

Nothing breaks a soul more than seeing the next best character, after Vash the Stampede, die in the way that he didn’t want to.

14. Literal Death by a Notebook

In a bit of an unexpected turn of events, the bad guy hardly ever wins to who you expected to have plot armor throughout the entire series. Wrong.

When L dies to the Shinigami Rem writing L’s real name in the Death Note, you can hear the jaw-drops from miles away. It led up to it, but we just didn’t want to believe it could happen. Unless you’re Team Light.

13. Death of a Soldier, Chimera, and Sins

Does it matter? Can we just bring them all back in one piece? Preferably without losing any limbs… All honorable mentions, all heart wrenching. Farewell to Maes Hughes, the doting father to Elicia; the fusion of Nina Tucker and her dog Alexander into a chimera by Shou Tucker; and all the sins.

Personally, Envy’s death in the Brotherhood series drives my tears down. He painfully pulls out the philosopher’s stone out of his diminutive lizard mouth, and dies from overwhelming jealousy towards humanity, remaining true to his name.

This political, mecha anime brings all the hatred down to the last person you thought would have died – Lelouch Lamperouge.

All this for the sake and happiness for his little sister, Nunnally Lamperouge, and his best friend who would take on his place as Zero, Suzaku Kururugi. And essentially peace to the rest of the world. Can you really ever come to hate this man in the end after all the stunts he pulled?

Kamina (episode 1 of “Gurren Lagann”). Trigger stands up to its name, that’s for sure. Just don’t kiss Yoko! Just kidding. Kind of. In the short of 8 episodes, you manage to love a character who inspires you to push yourself to the limit. His final battle against Dai-Gunzan leads to his eventual demise.

Despite Kamina’s absence, he never really leaves the series. He is seen in multiple flashbacks, a clear reminder to drill into the heavens. So… “WHO THE HELL DO YOU THINK I AM?” The writer of this article, of course, now move on.

Once you learn of Momiji’s backstory, you lose it. Actually, just in general, all the Soma’s backstories will leave you in a melancholy state. How would you be able to interact with someone who mean so much to you and watch their memory of you vanish simply because a family secret has been exposed?

Momiji wasn’t just constantly scolded after his own mother loses her mind due to the Soma Curse, but ends up essentially losing her via memory.

We, to an extent, can agree that Jiraya’s death tore our limbs, gutted us, and burned the remains… all to clog the toilet. But let’s not forget other notable mentions such as a few Akatsuki members, Neji Hyuga, Naruto’s parents, Itachi Uchiha, etc. My personal tear-jerker is the chakra blade wielder, Asuma Sarutobi.

Just following the news on Kurenai’s pregnancy, Asuma takes on a suicide mission with his team against Akatsuki members Kakuzu and Hidan (the latter being the one he ends up losing and dying to). Well, we know what happens next… Smoke a good one for me, Team 10!

Ushio Okazaki can only cry in the bathroom or in her Dad’s arms. She grew up motherless (as if Nagisa’s death after giving birth to Ushio wasn’t sad enough already), and dies in the wintery white snow in Tomoya’s arms to the same illness that Nagisa had. The attempt at a happy ending of this series just wasn’t enough to ease the pain.

There is no God. No mercy. No favorite character left to love except for the main cast with their plot armor. Guts and Casca barely survive as Sacrifices, but face constant tragedy and suffering wherever they go.

After having witness friends you called family die, having front row seats to the love of your life being explicitly violated, facing imminent death till the end… what more can a man like Guts take?

Spike Spiegel, the grasshead heart-throb from one of the most iconic and unforgettable western animes of all time, manages to tag you along on a trip through the entirety of space with his crew.

You can’t help but enjoy the bits and pieces of his backstory you obtain throughout the entire series. This includes all the fun, gritty, and action-packed scenes that lead up to his shoot out with Vicious. Rest in peace Space Cowboy.

No one really knows what happens in the afterlife. And when you’re not prepared to pass over, what kind of peace would you seek? A commencement unlike any other, a graduation to move on, a fulfillment that’s enough to satisfy your needs. How can you not bawl when a whole class of kids you’ve grown to love graduate peacefully into the afterlife?

The side characters, the supporting characters, Girls Dead Monster, and finally the main cast until you’re left with just Yuzuru Otonashi and Kanade Tachibana.

4. The Strongest Man in the World

HA! Step aside Portgas D. Ace, you’re too popular to have anymore limelight of One Piece’s most tragic death. Ace’s death hit us all hard. But personally, the one who deserves a little more attention is the man who raised Ace himself – Whitebeard.

You learn in the entirety of the Marineford Arc the backstory and eventually the demise of Whitebeard. Doesn’t it leave you wanting to have been part of his family at one point? Until two gaping holes take his life (plus half of his face melted off for those who read the manga).

Honorable mention goes to the Going Merry, the Straw Hat’s first ship they sailed with prior to Sunny.

This overpowered, genetically-engineered, perverted yellow octopus named Koro-Sensei is probably the best teacher you can ever ask for. Other than the fact that he was a ticking time bomb.

How can you bring yourself to kill the very one who brought you up from rock bottom at an elite school who ostracize the lowest of the low? The one who sheds light in the dark? The one who supports you to no end? Can you finish listening to that last roll-call without bursting into tears moments before his death?

2. Be My Accompanist Once More

Kaori Miyazono. Remember the name. At a mere 14 years of age, she manages to capture all audiences, except the judges, in a captivating score of her own style.

When you’re slowly deteriorating from some sort of heart disease that can take you at any time, why not do what you do best and in your own way? She’s a free spirit. A breath of fresh air. The hype that lives up to its expectation and more. The girl who lied about who she truly loved in April…

You know she’s dead from the beginning. And yet, you can’t help but not want her to disappear in the end. Menma is a ghost who brings closure and friends together years after her death. The sweet, simple, silver-haired Menma succeeds in making Jinta, his friends, and us tear up prior to her passing.

A simple child’s game has you heaving every time they yell out “Are you there?!” The letters they receive from Menma continues to constrict your airway. Now, cue the saddest song to amp up those bottled up tears that you tried to hold on to till the end. Go on. I’ll wait.

Advertise with us
1914
likes / shares
FacebookTwitter