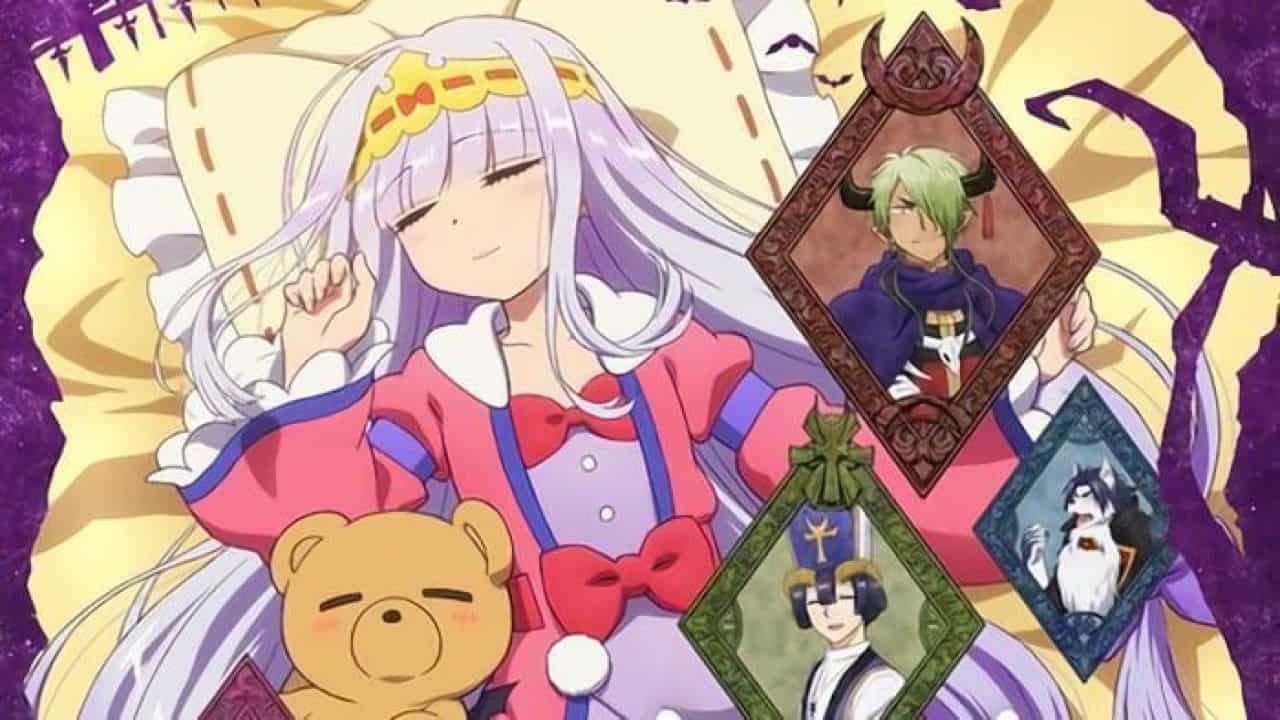 Anime during the fall season is popularly known as one of the best. Similarly, exciting new anime shows are likely to come out during fall 2020. Plenty of anime fans would, of course, look forward to some new shows but there are also plenty of us just waiting for new seasons and sequels of our favorite anime.

This fall’s anime season includes a slew of sequels from popular shows like DanMachi, Haikyuu!! To The Top, Golden Kamuy, and The Irregular at Magic High School. However, you don’t need to be up to date on popular shows to enjoy the new season! Here are ten of the most intriguing anime from this season, worth checking out whether you’re a newcomer or longtime anime fan.

10. Sleepy Princess in the Demon Castle 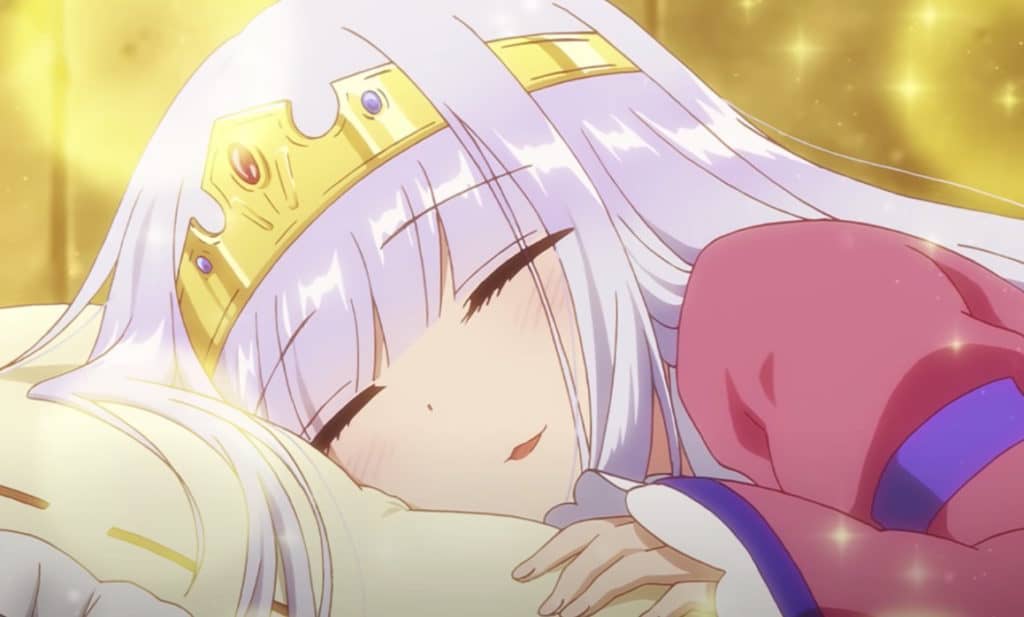 Once upon a time, when humans and demons lived together in disharmony, a demon king kidnaps a human princess, imprisoning her in his castle. Bereft and lonely, the princess’s subjects beat their chests in anguish until a hero rises from their midst to the rescue.

While she waits for her knight in shining armor, the princess sleeps the long hours away. But sleepless nights prove to be too much for her. 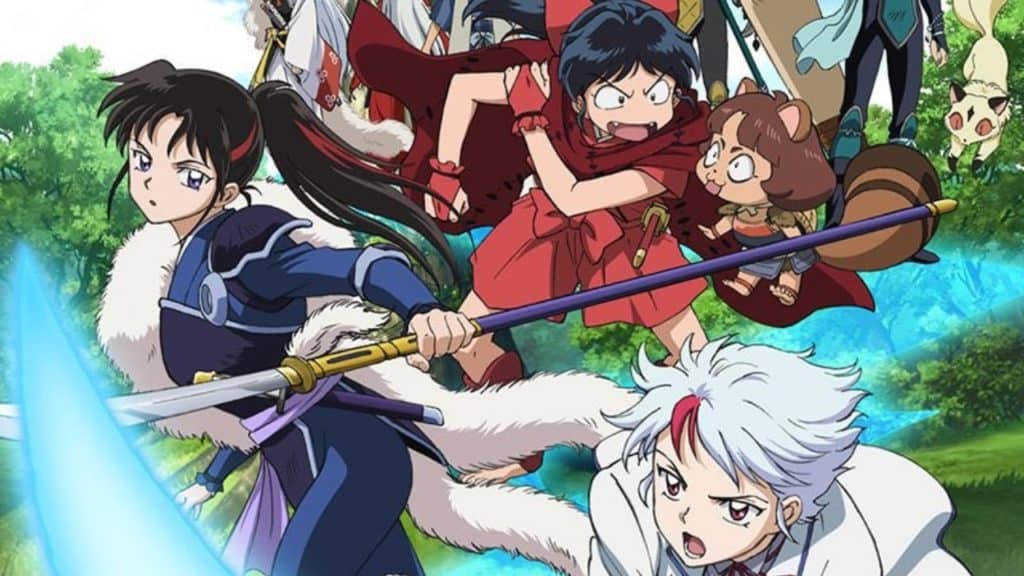 Yashahime is the sequel of well-known anime, Inuyasha. Yashahime, taking place several years after the main series, in feudal Japan, half-demon twins, Towa and Setsuna, are separated from one another during a forest fire. Desperately searching for her younger sister, Towa wanders into a mysterious tunnel and is transported to the present day, where she is discovered and raised by Kagome’s family. During the feudal era, Setsuna becomes a demon slayer. To reunite with her sister, Setsuna enlists Moroha’s help and travels to the future.

Noblesse is based on manhwa by Son Jeho. The series follows a noble named Cadis Etrama Di Raizel, also known as Rai, who wakes up in the 21st century and has no idea what happened during the past 800 years.

Rai sets out to find his faithful servant, Frankenstein, and proceeds to go to high school. Rai’s past haunts him and causes him trouble. 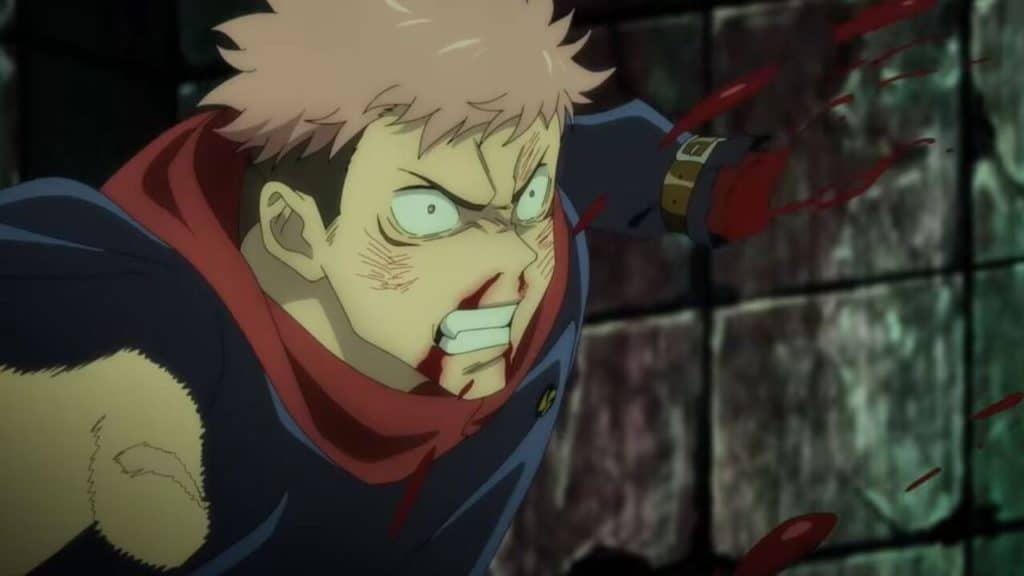 The story revolves around Yuuji Itadori, who possesses superhuman strength. When he unseals a cursed artifact, the two worlds of the living and the dead collide, resulting in havoc as demons begin breaking into the world of the living. 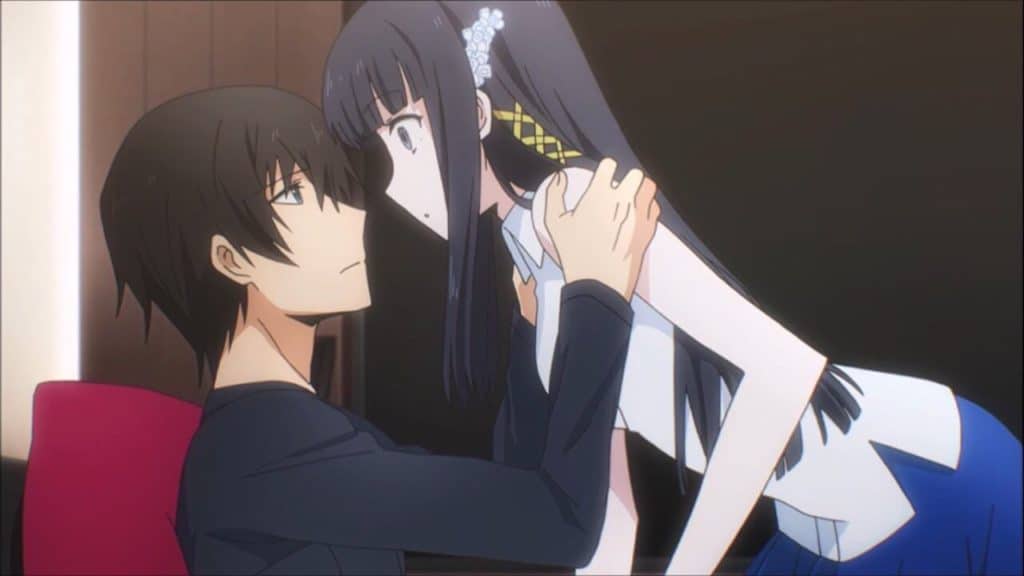 In a parallel universe, magic coexists with technology and students attend a magic high school in Japan. The main character of the story, Tatsuya, and his sister, Miyuki, enroll in First High School. Miyuki is an extremely gifted student, excelling in all areas, but her older brother doesn’t do as well. Fortunately, his combat abilities and technical knowledge give him an edge. 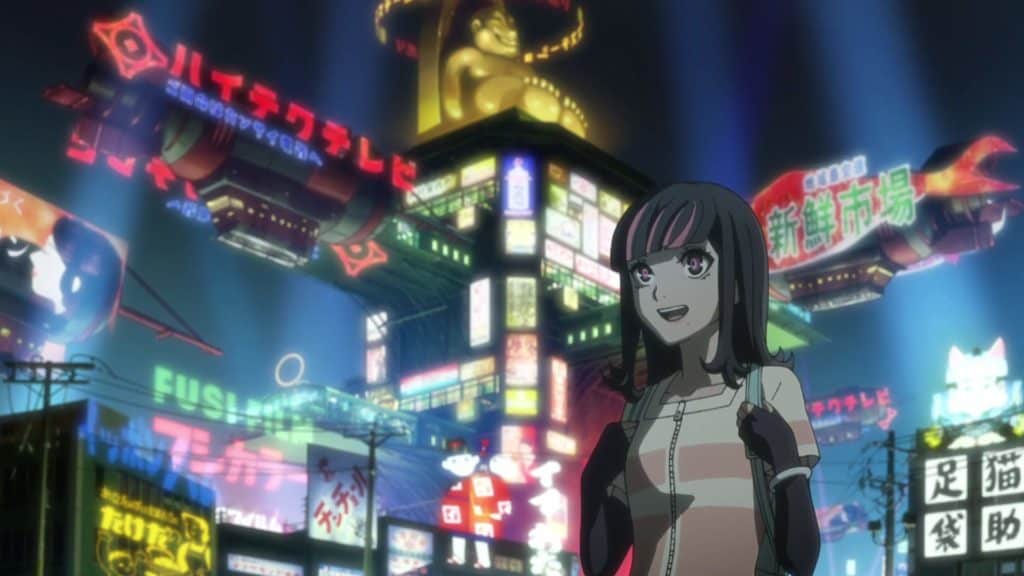 Akudama Drive is about a highly developed Japan where the Kantou and Kansai are divided as a result of a great war. Government and police forces work against a group of criminals called Akudama.

The Akudama aim to live their lives according to their authentic selves. They tend to come into conflict when they begin gathering together. The anime was created in collaboration with Too Kyo Games, a video game company created by Danganronpa creator, Kazutaka Kodaka, in 2017. 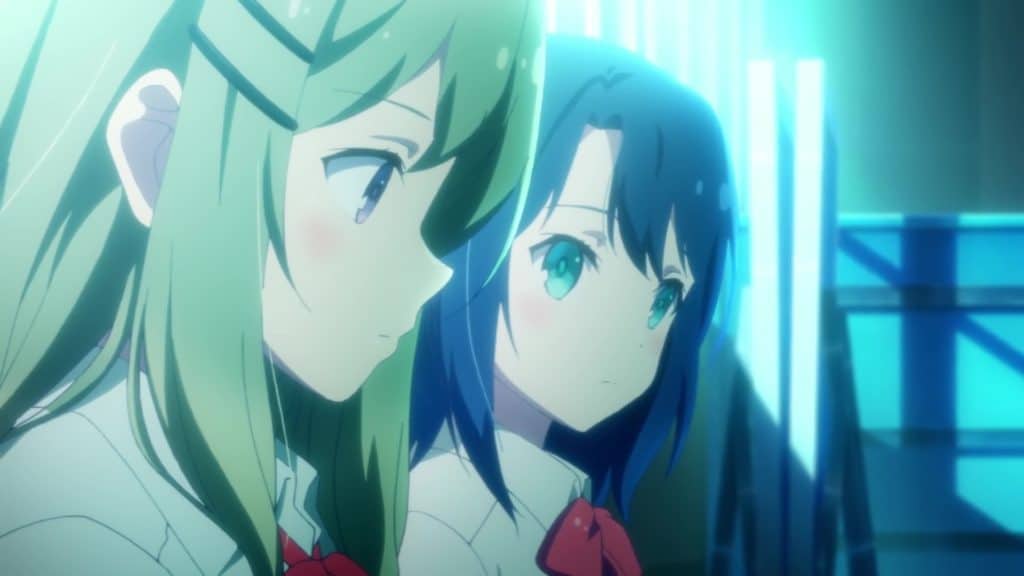 This is a story about two high school girls, Sakura Adachi and Hougetsu Shimamura, and their friendship. One night, Sakura has a dream about Hougetsu kissing her, and feelings start to develop between them.

Centered around the two girls’ relationship, Adachi and Shimamura is a slice-of-life, touching love story that grows into something more. If you’re a fan of Yuri anime, and I bet you are a big fan of this genre (wink-wink), I think you’ll enjoy this anime, even if you’ve never watched anything like it before. 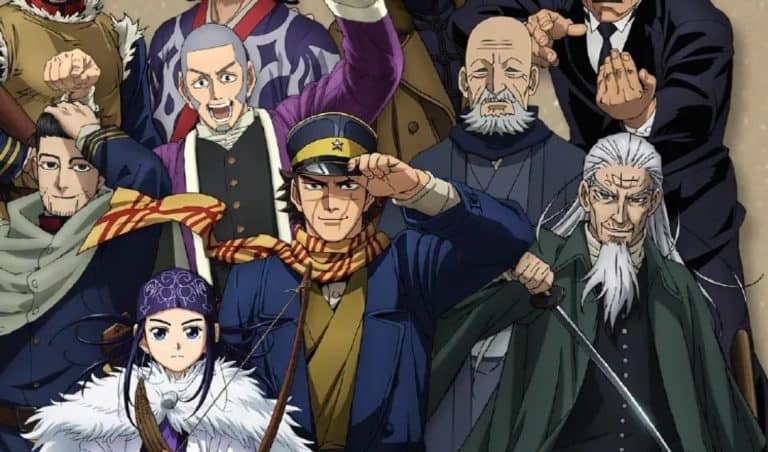 Set in the late 19th century, the story takes place just after the Russo-Japanese War. Sugimoto survives the brutal war and searches for treasure in Hokkaido so that he can help his fallen friend’s widow. Supposedly, a group of criminals hid a fortune, in gold.

The problem is that the treasure’s location can only be found on pieces of a treasure map tattooed on a group of escaped convicts. Struggling in the harsh northern climate, Sugimoto is saved by Asirpa, an Ainu girl, who helps him look for the gold while fighting off others also looking for the gold.

The show is about Bell Cranel, an adventurer who is saved by a high-level adventurer named Ais Wallenstein, at 14 years old. Gods come down to see what the human world is like, forming groups called Familia and offering mortals a chance to fight monsters in Dungeons. If an adventurer joins a Familia, they gain the blessings of those gods. Season Two ended with Bell saving Haruhime and her joining the Hestia Familia.

The third season will focus on Wiene, a female dragon who wakes up with no memory of who she is. As the discovery of a dragon girl capable of speaking the human language has caused quite a stir, Bell and the Hestia Familia get involved in what turns out to be their biggest adventure yet. 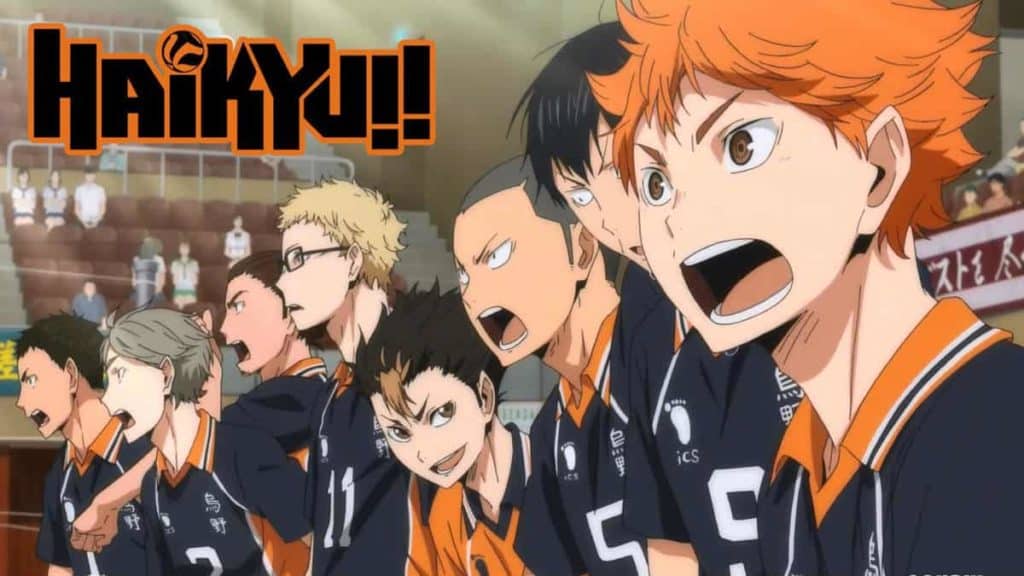 In the last season for Haikyuu!! To The Top, the Karasuno team members attend training camps to prepare for the National Tournament. Now, in the third season, they’ll need to show off what they’ve learned. Kageyama, Hinata, and the rest of their Karasuno Volleyball Club members face off against the powerful Miya twins, who prove to be as tough as a team as they are as individuals.

Despite the tough opponents the team faces, this only further motivates Hinata to keep running faster and jumping higher. As long as he believes in his team, Hinata will be able to see over the wall, no matter what obstacles he’s up against.

Which anime are you most excited for this fall? What would you add to this list? Let us know in the comments below!

Advertise with us
297
likes / shares
FacebookTwitter